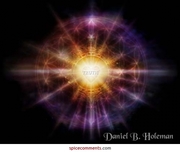 Technology has always been at the forefront of enabling art.

The new technologies can aid artists to explore new grounds to work on.

Many don’t think it’s possible, much less practical, to fuse modern technology with an exotic blend of humor and creativity. That’s why Fueled invited artist Evan Yee to install his renowned “The App…Continue

A Computer that enables  users to paint through the power of thought has been developed by scientists, media reports revealed.To the viewer it is an accomplished semi-abstract image of flowers and…Continue

From Google Blogs Mario Testino to "The Scream" via Mark RothkoPosted: 21 May 2013 01:00 AM PDT Every day on the Art Project Google+ page we post a snippet of information about a painting, an artist…Continue

You need to be a member of Tech & Digital Art to add comments!

Tiny drones outfitted with a miniature arm that holds ink-soaked sponge may soon be able to create huge paintings and outdoor murals, thanks to a new software developed by scientists.

Paul Kry from the McGill University in Canada and his students teamed up to programme tiny drones to create dot drawings - an artistic technique known as stippling.

Even very slight air currents can toss the featherweight drones off course.

The drones, which are small enough to fit in the palm of a hand, are outfitted with a miniature arm that holds a bit of ink-soaked sponge.

As they hover near the surface to be painted, internal sensors and a motion capture system help position them to dab the ink in just the right places.

So far, the flying robots have rendered - on paper - portraits of Alan Turing, Grace Kelly and Che Guevara, among others. Each drawing is composed of a few hundred to a few thousand black dots of varying sizes.

Eventually, larger drones could be deployed to paint murals on hard-to-reach outdoor surfaces, including curved or irregular facades, Kry said.

Tech Art at the Heart of Silicon Valley
http://www.livescience.com/52270-art-in-silicon-valley-is-understan...

The Science Behind Pixar The exhibit combines different styles of learning, from computer interactives to tactile activities, all while giving visitors lessons in "STEM"

The exhibition themed, ‘Interactions: Crossing Lines’ is led by the powerful visual artist duo of Soji Adesina and Uthman Wahaab.
Tech company Samsung and contemporary art destination, Rele Gallery have announced a first-of-its-kind collaboration featuring an art competition and an art exhibition, a meeting of the worlds of technology and art.

The exhibition themed, ‘Interactions: Crossing Lines’ is led by the powerful visual artist duo of Soji Adesina and Uthman Wahaab. The body of work, to be presented, seeks to deconstruct the concept of how drawings interact with the gallery space. The drawings will be rendered to exceed the boundaries of drawing surfaces, (paper & canvass) travelling onto the walls of the gallery and into digital spaces – Samsung tablet devices.

This innovative exhibition will mark a milestone for the tech and art industry in Nigeria.
http://pulse.ng/arts_culture/techmeetsart-samsung-and-rele-gallery-...

The boundaries of art are changing and technology sits alongside it.

When science meets art, the effect is electric

Last year, the group took out the People's Choice award at the Gertrude Street Projection Festival with Pestilent Protrusions, a psychedelic array of animatronically blooming flowers built into a shopfront.

They will exhibit there again in July but their next local festival outing is Federation Square's Light in Winter Festival which runs from June 1-June 19.

Then it is off to Wellington and Portugal spreading the scientific and artistic word.

An artist who teaches people how to do digital iPad paintings

Jeremy Sutton, a physicist-turned-artist, who creates portraits, collages and landscapes using his iPad

Two historians on a mission to preserve historic structures in Ethiopia inadvertently turned a cutting-edge 3D scanning device into a tool for creating works of art.

Lidar technology uses pulses of laser light to map the contours of 3D surfaces and structures.

For example, 2D photographs can capture the major features of a landscape, but lidar reveals every dip, ditch and rise. It shows the full size of boulders, the depth of canyons. Some lidar technologies can see through foliage, and have been used to hunt for lost cities buried in the jungle. Similarly, 2D photographs of sculptures and frescoes lose an entire dimension of the art work — it would be like photographing a Van Gogh painting in black and white. [See More Amazing 3D Lidar Works of Art]
http://www.livescience.com/49920-lidar-technology-works-of-art.html
http://www.livescience.com/49899-lidar-technology-gallery.html