The mind of a scientist 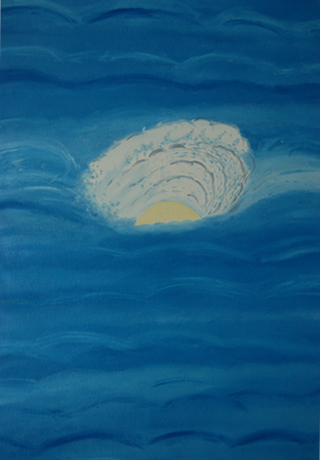 AS8: When I was doing my research work, I used to make a few silly mistakes sometimes & later on after realizing my mistakes I used feel bad. My cousins consoled me several times by telling a story about a famous scientist. It seems the scientist had two cats-one kitten & its mother. The scientist built a house for his two cats. He left two openings to the house – one small (for the small cat) & one big (for the big cat). It didn’t occur to the scientist – who is considered as a genius – that one big opening was enough for both the cats!

A scientist’s mind will be completely drowned in his thoughts & work. It doesn’t take notice of other things that happen around it & doesn’t think about normal things! So scientists behave in weird & stupid ways sometimes! It doesn’t mean that they are stupid or weird. They just don’t care about mundane things & don’t want to waste time by thinking about them & do them very casually as their priorities lie else where. Unless & until they cut off the world around them and completely immerse their minds in their work, they cannot find solutions to the complex & difficult problems they deal with. So I painted a scientist’s mind fully drowned in waves of thoughts about his work.