I come back to the discussed artistic forms of science, which

belong to the Readymades class evidenced by Marcel Duchamp.

"Readymades" were found objects which Duchamp chose and presented as art. In 1913, Duchamp installed a Bicycle Wheelin his studio. However, the idea of Readymades did not fully develop until 1915. The idea was to question the very notion of Art, and the adoration of art, which Duchamp found "unnecessary".[31]

I copy from a commercial presentation section through a camera lens 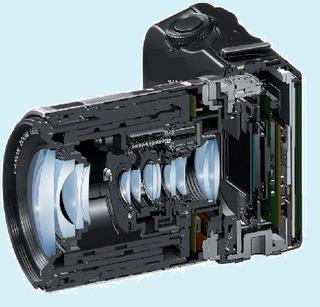 It is interesting to point out some theoretical aspects that come from the scientific substrate that generates such forms,

It has been an effective theoretical basis for photographic objectives, formed over 200 years.

A historical example extracted from Wikipedia

He came up with the Petzval Portrait (modern Austria) in 1840, a four-element lens consisting of a front-cemented achromat and a rear air-spaced achromat that, at f/3.6, was the first wide-aperture portrait lens. It was appropriate for one- to two-minute shaded outdoors daguerreotype exposures. With the faster collodion (wet plate)

such as zemax programs

Although these programs are very useful, their application is conditional. I give below extracted from

articles published by specialists in the field that have been written over the last decade.

Thus, in relation to correction steps, account must be taken of the conditions of use

for each product class.

Hence, the next step required by the optical designer is to also correct the secondary spectrum in these cases. The result is the apochromat. The only aid available for this purpose is the use of very special optical materials: long-crown glass (fluor crown glass and calcium fluoride) and special short flint glass. These can therefore be justifiably called extreme types of glass, since they not only display an unusual behavior with regard to the relative partial dispersion, but are also extremely expensive and difficult to process.
........................

Design and Correction of optical Systems

In the same book you see and;

So before the Zemax program is used, a preliminary correction is required

(11 Corection I) where the concept of lens bending appears.

I practice the profession of manufacturer of optical devices including computer, optical systems,

I have also studied the basics of optical computing.

In the specialized articles written in the last century, the Lens Bending method was described as being

based on the aberrations of the optical systems.

Lens Bending is the method by which lens power is retained

modifying the bend radii by computing.

Decades ago I designed a program to automatically minimize optical systems

I recently published in ResearchGate details of the algorithm I used 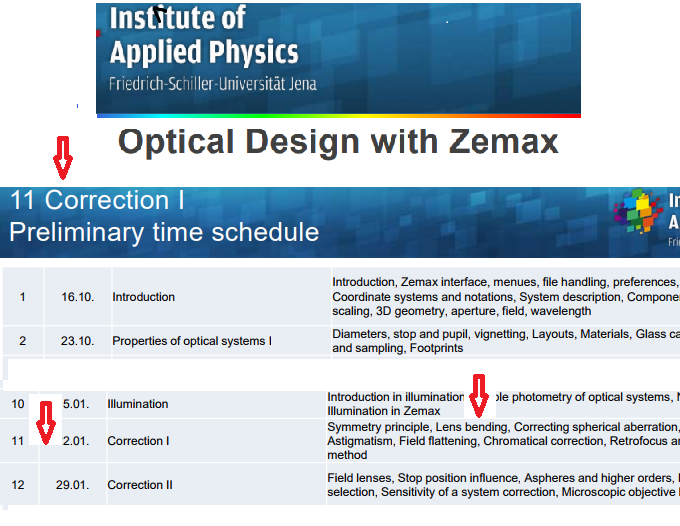