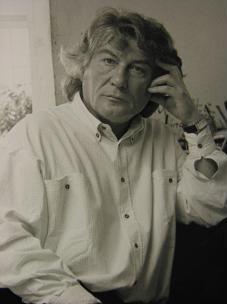 Attilio Taverna has not received any gifts yet

Are you genuinely interested in joining this network and consider being very active? We have very limited space here.
I dont understand the question: are you asking if I am "heretic" ? YES.

An article of mines..published in the review " Chaos and Complexity Letters "-Nova Science Publisher-New York- 2005

DOES THE COMPLEXITY OF SPACE LIE IN THE COSMOS OR IN CHAOS?


The art of painting, as we have already known for a long time, is first and foremost an aesthetic inquiry on the nature of space. It’s easy to understand why. The state of being of an aesthetic experience such as a painting, always needs an extension, sometimes of a surface, often of a double dimension, always of some kind of phenomenology of space. Here is the ultimate reason why.

In our modern times, even in the case of drawing the structure of a chip, or when we shoot a real event with a video camera, we use an extension as a support. So to say we are using an idea of space already known to us, in the same way in which we use the net. We can use it only because there’s an idea of pluri-dimensional space in it that we identified as fundamental: cyber-space, precisely/exactly.
But what is the space? Can we say that we know it for sure?

Even Plato in the Timeo’s dialogue, the big Greek cosmogonic tale of 25 centuries ago, said that space has a bastard nature. He also admonished that space is the condition of possibility of being of all phenomena but at the same time it cannot become a phenomenon.
That means that space is the conditio sine qua non for a phenomenon to appear but it cannot appear in the way phenomenon do. That’s the reason why it has a bastard nature: it allows appearance but doesn’t appear.
So now, it becomes clear how the idea of space is something immersed in the ontological oscillation, which is something irrepressible. As we’ve already seen, it’s space’s own nature that allows the decline, in the visible manifestation, of the horizon of beings. This nature of space is the condition of possibility of every phenomenon’s apparition.

25 centuries after Plato, the German philosopher, Immanuel Kant, attempted to solve the enigma of the nature of space in his "Critique of the Pure Reason" said: " the space is not an empirical concept, drawn by external experiences… it is, instead, a necessary representation a - priori, which serves as a fundament to all the other external intuitions". He would conclude by saying that the intuition of space is the original shape of sensibility. Space and time are the pure forms, a - priori, of sensitivity.

And when, at the beginning of the last century, space and time joined together thanks to physics-mathematics in only one quadri-dimensional being called “spacetime”, the aesthetical experience of painting became, as a result of physics, aesthetical search on the nature of “ spacetime “.

That’s all about Philosophy. But talking also about Science with an observation from Albert Einstein on the genesis of the theory of Relativity, we can understand how the true nature of space is inevitably implicated with the formal and ideal systems which we call Geometry.
Albert Einstein, in fact, would say: ”…suddenly I realized that geometry had a physical meaning….”

After this consideration and intuition of the great physicist, who had revolutionized the knowledge of reality, how can we not ask ourselves about the meaning of the ideal forms of Geometry, such as the curvature of spacetime, for instance, - which is a geometrical form produced by men- clash/coincide with one of the fundamental forces of nature, the gravitational force? Even better: “… gravity is the curvature of spacetime. ..”
And so? How can’t we wonder also about another question: ”.. what’s the form in ontology...”?

Art is not, and cannot be considered, unrelated to this question.
And its own history testifies and documents this fact.
Art has conducted this query maybe since the beginning of man’s history. And painting realizes a vision of this possible question on the nature of spacetime, its possible form, before being any other form of aesthetic query, as we have already said.

My aesthetical experience fed on this query as well. The nature of space, in my opinion, is a kind of chromatic polyphony of ideal and formal opportunities, not necessary axiomatic, as the systems of Euclidean geometries and not-Euclidean, but conceived as ideal opportunities of never-ending geometries existing in an unfinished space.
We can’t forget that while Albert Einstein was conceiving the theory of Relativity and made us aware of the physical meaning of geometrical forms, Philosophy was analyzing with rigour the formal and primary idealizations of Geometry. We have to remember Edmund Husserl’s studies. He is another popular German philosopher, who, at the beginning of last century, thought Geometry was an ideal and eidetic dimension, defining it as the “ visual language of idealities non-in-chains concepts “.

So to say that the whole phenomenology was subjected to the causal principle, while this formal and ideal dimension called Geometry was not subjected to it. From now on we could think of space as a dimension hanging on the greatest freedom of thinking and form joined together that man has ever possessed.

The complexity of any possible notion of space becomes dizzing. And modernity took charge of this demonstration. Any other possible example would be superfluous.

At the same time the mathematic notion of chaos contributed to change the idea of space which was crystallizing in the geometric systems consolidated/established axiomatically.
We can add something else: if by chaos we mean the inability to foretell the future evolutions of every kinetic non-linear system, with the not completely known conditions of the initial system, we have to admit that the unpredictability of every future evolution of every system is totally open to a description made by endless ideal and unknown formality, from a formal and geometrical core of unpredictable descriptions.

So what comes to light as geometrical language, the " visual language of idealities non-in chains concepts ", is not a knowledge of the past, but is something ineluctable, a necessary knowledge of the future.
We have also to underline, as useful indication, that in the theoretical contemporary Physics some theories are elaborated – for instance the one of the superstrings - and these theories need many dimensions of space to explain their mathematical compatibility and their theoretic correctness. To say that the reality of spacetime is not exactly what happens in front of our senses and that we are used to see and express everyday.

Even if art doesn’t want to find the foundation of the world, because this is not in his epistemic status and this result belongs to the purpose of hard sciences, Physics for example, nevertheless art carries out the world as a fundament. That’s its vocation. That’s its destiny.
And if the reality of spacetime gives up as foundation, so to say as the condition of possible apparition of any possible apparition, should art be excluded from this query on the foundation? No, certainly. That would be impossible. Great narrations of Aesthetics would never stop to question everything, even better, on the everything, because the specific task of art is aesthetic query to the very limit of possibility. Since ever.

Conclusion and question: if reality, the reality of spacetime, is possible to be described in the physic-mathematic sciences by an idea of a very complex space multi-dimensionality that escape any visibility and any chance of daily visibility, Who can see these possible concepts of space that are the real space described by Science if not an aesthetical experience that found its foundation on the artistic praxis right on this lyrical query on the nature of “spacetime”?