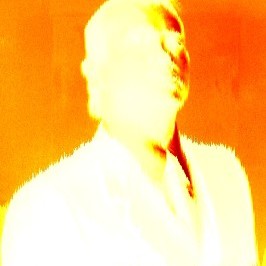 CRITICS
E 'essentially self-taught, in fact he never attended any school of art and painting courses.
He began his artist at the age of 19 years, without ever having previously shown no interest in art, even if the father and some fathers have played in the amateur art.
The artist states that in that period of his life, became more and more off the need to create "something personal", which previously never had the slightest thought, and groped decided to use colors and brushes, only because he had seen from child's father paint.
The first works (many of which are covered in subsequent works), are mostly simple sketches and experiments to learn the technique and to verify whether his creative needs were satisfied.
In little time the artist understands that the creation of paintings make it more comprehensive in spirit continuing as little by little to create new works.
But in October of 2001, the artist realizes that his art can derive huge benefits by taking inspiration from his diligent work and great dreams.
Decide so called "Painter dream."
From early paintings "dreamlike", can be seen a colorful, but ferocious and beastly at the same time pleasing and often sensual, with the use of pure colors such as blue and red, by placing among the fauve and German Expressionist Die Brucke .
In some paintings, notably a human subject, the lines are sharp and at the same time round, creating silhouettes often monstrous, but not horrifying, a symptom of mental instability that continually passes dall'Iper the Ipo and vice versa, in which one can discern together the infinitesimal coloristic gradations, all the fears and anxieties of the young contemporary artist, typical of modern technological civilization and too often dehumanizing, in which just a moment and everything can disappear.
Most likely not be excluded that in future the work of this artist to arrive at a further stage ultra dreams, namely towards a conflagration of his atomistic ego, because to be thinking and beyond, which will take him to undertake a journey of no return to a super material, which in the coming decades, future generations will experience probably human, ie to the man that must be overcome through the abolition of all existing concepts materialistic, self-detrimental and that still makes the human race far from his true being:

or contemplated to be a body with a high conception of the good, toward that end as all of the universe, ie the entity that is as it is, but that never may be not.

However, he firmly believes in creating a pictorial alphabet, representing the most of his subconscious, painting techniques using both traditional and not.