Are these inventions and discoveries really accidental and intuitive like journalists say?

I read several articles which say most of the discoveries and inventions are accidental and intuitive. Here is one which says:

Some scientists are born to experiment on new things with an aim to invent, while a few become surprising victims of accidental experiments landing on life changing discoveries that gain them accolades. Here are top five popular accidents in the history of man-kind that led to the discovery of notable scientific inventories.

#5 Pace-Maker
Accident causer: Wilson Greatbatch
An Assistant professor’s device tampering lead to one of the greatest technological invention in surgical field- pace-maker for the human heart. Wilson Greatbatch was working on a device that could record fast heartbeats. While designing the circuit for his experiment, Wilson reached for the tool box and instead of pulling out a 10,000-ohm resistor, he accidently picked out the 1-megaohm variety. This caused the circuit to act differently. Instead of recording fast heartbeats, the circuit pulsed for exactly 1.8 milliseconds and paused for 1 second; a dead imitation of a human pulse range. Greatbatch immediately started working on the new circuit and developed the first ever pace-maker that proved to save millions of lives.

4. Microwave Oven
Accident causer: Percy Lebaron Spencer
In today’s fast-paced life when it comes to food, many people go for instant dishes that can be readied in two minutes. The term “instant food” would not have come into existence without those little box containers perched on the kitchen counter that goes by the name microwave ovens. In 1945, Percy Lebaron Spencer, an engineer at Raytheon was working with magnetrons and these devices radiated microwave signals used in earlier radar system. One fine day, in the middle of a lab experiment, Spencer noticed a melted candy bar inside his pockets. He realized that it was the microwaves emitted by magnetron that caused candy bar to melt. Soon he built a box container inside which microwaves were emitted and various eatables were tested for the effect. He doesn’t know he had invented a savoring machine that took off burden from many house wives and bachelors alike.

3 X-Rays
Accident causer: Wilhelm Conrad Roentgen
In 1985, a German Physicist, Wilhelm.C. Roentgen was fooling around with radiation producing cathode-rays. During the experiment, he noticed that the fluorescent screen in his lab started to glow whenever he switched on the cathode rays. This was distracting the physicist and so he covered the screen with a cardboard to block out the rays from falling on the screen. However, the screen continued to glow. This grabbed his interest and he started placing different objects between cathode ray tube and fluorescent screen without success. Finally Roentgen placed his own hand between the screen and the tube and was surprised to see a silhouette of his bones projected onto the screen. Through this accidental experiment, Roentgen had discovered X-rays and at the same time worked out that they would be beneficial in medical science.

2 Radioactivity
Accident causer: Henri Becquerel
In 1896, intrigued by Roentgen’s X-Ray discovery, French Scientist Henri Becquerel was working on an experiment that involved a uranium-enriched crystal. He needed to expose the crystal to sunlight, which he believed causes the crystal to burn its image on a photographic plate. But Becquerel was in the middle of a very cloudy, wintery season and decided to wrap up all his equipments with a cloth and left them in his drawer. When the scientist returned to his experiment, he discovered that the uranium crystal had come in contact with the photographic plate and had left a burned image on the plate. And all these happened when they were kept in a darkened drawer! This lead to the discovery of radioactivity whose research was further carried out by the scientist-couple: Pierre and Marie Curie. These radioactive elements have harnessed the power for today’s nuclear weaponry.

1 Penicillin
Accident causer: Alexander Fleming
In 1928, Alexander Fleming, a Scottish bacteriologist went on a vacation by leaving behind a very unclean lab. On returning from his vacation, Fleming discovered a mold growing inside an un-cleaned Petri dish which originally contained several Staphylococcus bacteria that were left to grow so that he could study the Staph infections caused by them. On close observation, the mould had evidently killed all the bacteria inside the dish. Upon further analysis he discovered that the mold secreted a byproduct that inhibited the growth of these bacteria. He named the mold as Penicillium notatum thus this accidental discovery lead to the invention of Penicillin, a well-known anti-biotic used world-wide today to stave off deadly bacterial infections.

Look how journalists say these things are accidental: https://www.sciencealert.com/these-eighteen-accidental-scientific-d...

These 18 Accidental And Unintended Scientific Discoveries Changed The World 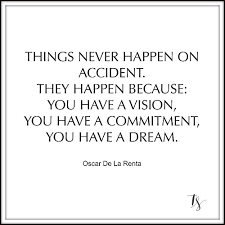 According to me although these discoveries  and inventions are termed as accidental, without the observations, thinking, reasoning and conclusions of the scientists they wouldn't have happened. Would they have happened with ordinary people? Laymen would have seen them and ignored them! That is the difference between a scientist ( science) and the ordinary people (world).
For all these discoveries to happen, a scientific process still was at play.
Journalists say several things to increase the selling capacity of their journals to make stories interesting. But at the same time, I think, we should not forget to give credit to the scientists and their hard work. 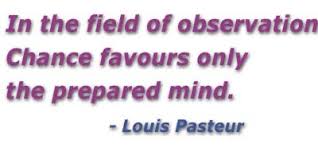 A scientist's point of view!

Are these inventions and discoveries really accidental and intuitiv...