We are proud of human created internet. It connects everybody in this world who has access to it and makes it a global village. But even before we found our online platform, do you know that nature had already built one?

Microbes beat us by more than three billion years in building internet! These tiny single-celled organisms aren't just responsible for all life on Earth. They also have their own versions of the World Wide Web and the Internet of Things.

Like our own cells, microbes treat pieces of DNA as coded messages. These messages contain information for assembling proteins into molecular machines that can solve specific problems, such as repairing the cell. But microbes don't just get these messages from their own DNA. They also consume pieces of DNA from their dead relatives or exchange them with living mates. These DNA pieces are then incorporated into their genomes, which are like computers overseeing the work of the entire protein machinery. In this way, the tiny microbe is a flexible learning machine that intelligently searches for resources in its environment. If one protein machine doesn't work, the microbe tries another one. Trial and error solve all the problems in the microbial world.

But microbes are too small to act on their own. Instead, they form societies. Microbes have been living as giant colonies, containing trillions of members, from the dawn of life. These colonies have even left behind mineral structures known as stromatolites. These are microbial metropolises, frozen in time like Pompeii, that provide evidence of life from billions of years ago. 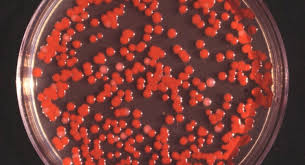 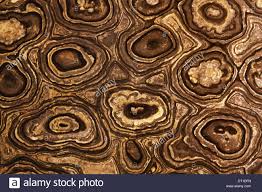 Microbial colonies are constantly learning and adapting. They emerged in the oceans and gradually conquered the land – and at the heart of their exploration strategy was information exchange. We know, individual members communicate by exchanging chemical messages in a highly coordinated fashion. In this way, microbial society effectively constructs a collective "mind". This is owing to the fact that they have an immaculate means of communication and in-built engines and sensors, processing architecture and effective information storage.

This collective mind directs pieces of software, written in DNA code, back and forth between trillions of microbes with a single aim: to fully explore the local environment for resources using protein machines. When resources are exhausted in one place, microbial expedition forces advance to find new lands of plenty. They transmit their discoveries back to base using different kinds of chemical signals, calling for microbial society to transform from settlers to colonisers. In this way, microbes eventually conquered the entire planet, creating a global microbial network that resembles our own World Wide Web but using biochemical signals instead of electronic digital ones. We can call this the "Internet of Living Things," although it's more often known as the 'biosphere'. Every organism on this planet is linked in this complex network that depends on microbes for its survival.

About a billion years ago, one microbe found its way inside another microbe that became its host. These two microbes became a symbiotic hybrid known as the eukaryotic cell, the basis for most of the lifeforms we are commonly familiar with today. All plants and animals are descended from this microbial merger and so they contain the biological "plug-in" software that connects them to the Internet of Living Things. For instance, humans are designed in a way that means we cannot function without the trillions of microbes inside our bodies (our microbiome) that help us do things like digest food and develop immunity to germs. We are so overwhelmed by microbes that we imprint personal microbial signatures on every surface we touch.

Now researchers are trying to create biological version of internet using bacteria. Escherichia coli is a specific type of bacteria (amongst other types) that store information in ring-shaped structures similar to DNA. These structures are called plasmids and bacteria transfer these plasmids from one organism to another via a process called conjugation. The reason why scientists prefer using E. coli is the fact that they are easy to program through genetic engineering.

But it must at least have these basic functions: It must be able to communicate, both with other devices and with its human overlords. It must be able to store and process information. And it must monitor its environment with a range of sensors. Finally, it will need some kind of built-in motor. Interestingly, bacteria communicate effectively and have built-in engines and sensors, as well as powerful information storage and processing architecture.

Sometime back , researchers in in Italy built a circuit in which a “Hello World” message was transmitted from a strain of immotile (not capable of moving) E. coli to a motile strain. This proof-of-principle experiment concluded that such information transfer in the world of bacteria can be used to create a complex network, therefore, a biological version of the internet.

E. coli make a perfect medium for this bio-network. They are motile—they have a built-in engine in the form of waving, thread-like appendages called flagella, which generate thrust. They have receptors in their cell walls that sense aspects of their environment—temperature, light, chemicals, etc. They store information in DNA and process it using ribosomes. And they are tiny, allowing them to exist in environments that human-made technologies have trouble accessing.

E. coli are relatively easy to manipulate and engineer as well.

Bacteria could be programmed and deployed in different surroundings, such as the sea and ‘smart cities’, to sense for toxins and pollutants, gather data, and undertake bioremediation processes.

(Bioremediation is a process used to treat contaminated media, including water, soil and subsurface material, by altering environmental conditions to stimulate growth of microorganisms and degrade the target pollutants.)

Bacteria could even be reprogrammed to treat diseases. Harbouring DNA that encode useful hormones, for instance, the bacteria can swim to a chosen destination within the human body, produce and release the hormones when triggered by the microbe’s internal sensor.

Of course, there are various hurdles to overcome. While genetic engineering makes possible all kinds of experiments, bio-security is the major concern. It’s not hard to imagine bacteria acting as vectors for various deadly diseases, for example. It’s also easy to lose bacteria. One thing they do not have is the equivalent of GPS. So tracking them is hard. Indeed, it can be almost impossible to track the information they transmit once it is released into the wild.

The conventional internet is a way of starting with a message at one point in space and re-creating it at another point chosen by the sender. It allows humans, and increasingly devices, to communicate with each other across the planet. Bio-internet, on the other hand, offers a way of creating and releasing a message but little in the way of controlling where it ends up. The bio-network created by bacterial conjugation is so mind-bogglingly vast that information can spread more or less anywhere. Biologists have observed the process of conjugation transferring genetic material from bacteria to yeast, to plants, and even to mammalian cells.

Evolution plays a role too. All living things are subject to its forces. No matter how benign a bacterium might seem, the process of evolution can wreak havoc via mutation and selection, with outcomes that are impossible to predict.

Then there is the problem of bad actors influencing this network. The conventional internet has attracted more than its fair share of individuals who release malware for nefarious purposes. The interest they might have in a biological internet of things is the stuff of nightmares. It can used in biological weapons by terrorists.

These ethical issues have to be dealt with effectively before developing and using this bio-technology.