Countering the misinformation on immunity development

You read something on the net that says ‘exposing children to dirt makes them immune to diseases; so you should let your children play in the dirt’. You get several of these type of articles if you google (1,2) on the subject. You even share them with your friends.
People even argued with some of the doctors about it. People asked me several questions about it. And their conclusion was ‘playing in dirt is good for children’!

This is what misinterpretation of scientists' words and their research by the media does!

Recently a post doc in Physics even wrote an article on it and asked me to post it on my site. 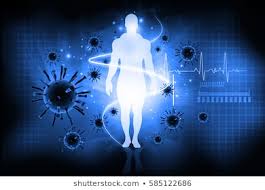 Hmmm!
But the facts are altogether different. We used to think the rise in allergic conditions was because we weren't exposed to as many early infections as previous generations. But the science suggests that's not the case.
The truth is … being out in nature, and exposed to diverse (but not disease-causing) bacteria, fungi and other microorganisms may help protect against asthma and allergies.
People were wrong about one important thing: the association between sanitation and allergies is *not* due to reduced exposure to early childhood infections (or "pathogens").
Large studies from Denmark (4), Finland (5), and the United Kingdom (6) have found no association between the number of viral infections during childhood and allergic disease. In other words, exposure to disease-causing pathogens doesn't appear to prevent allergies.
In fact, exposure to childhood viral infections, in addition to making a child sick, may contribute to the development of asthma in predisposed children.
Many researchers now argue the term "hygiene hypothesis" (9) is not only inaccurate but potentially dangerous, because it suggests avoiding infection is a bad thing. It's not.
Good hygiene practices, such as hand washing, are critical for reducing the spread of infectious and potentially deadly diseases such as influenza and the Wuhan coronavirus.
For healthy immune function, we need exposure to a diverse range of bacteria, fungi and other bugs—known as microbes—in the environment that ‘’*don't* make us sick’’, that is the important point.

If somebody says, if you are exposed to more microbes in a dirty environment you develop immunity to them and children develop less allergies that is misinformation.
But things are not that simple and rosy. It is a complex web and scary too at times.
To develop immunity, first a child will have to be exposed to lower number of micro-organisms. When the number of a particular species of a micro-organism a child is exposed to is more than the immune system can cope - this usually happens in very dirty conditions - the child develops various diseases and health conditions which make the child very weak and in severe cases if medical help is not available, the child could even die. That is more tragic. A disease-survived weak child gets more deadly diseases. This is a vicious cycle.
Moreover poor nutritional status like the ones have in low economic strata makes a child’s immunity go very weak .
Dirty conditions also invite more disease carrying vectors like flies, mosquitoes, fruit-flies etc.
Moreover, very small children have less developed immune systems which cannot fight diseases. Once they develop dangerous diseases, death becomes inevitable.
Then do you think dirty conditions are good? No!
The best solution is being moderately clean and getting vaccinated. With vaccination you and your child will get exposed to killed or weakened microbes that cannot cause disease but at the same time you develop immunity to the microbe. Moderate cleaning keeps away most disease causing vectors and little bit exposure to pathogens and allergens make you immune to most diseases.
For healthy immune function, we need exposure to a diverse range of bacteria, fungi and other bugs—known as microbes—in the environment that *don't* make us sick.
Within urban environments , recent research shows people who live closer to green, biodiverse ecosystems tend to be healthier(7), with less high blood pressure and lower rates of diabetes and premature death, among other things.
More specifically, research has found (8) growing up on a farm or near forests, with exposure to more biodiverse ecosystems, reduces the likelihood of developing asthma and other allergies.
This is potentially useful because exposure to a diversity of organisms, with a lower proportion of human pathogens, has "trained" the immune system not to overreact to harmless proteins in pollen, peanuts and other allergy  triggers.
And playing in nature (good exposure to microbes), not dirt (bad exposure to disease causing microbes) is the key point one should understand .
We can try to expose children to environments more like the ones in which humans, and our immune systems, evolved (3).
Most obviously, children need to have exposure to green space . Playing outdoors, having a garden, or living near green space  -especially near a diverse range of native flowering plants  is likely to expose them to more diverse microbes and provide greater protection from allergic diseases, not playing in 'dirt' that harbour harmful microbes. Get that right.

1.Benefits of dirt and mud play

2. 5 reasons to let your child play in the dirt

3. Early exposure to infections doesn't protect against allergies, but...