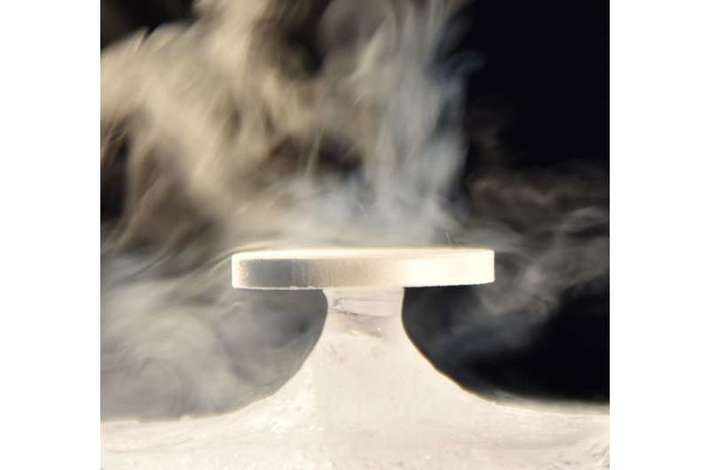 Like a work of art enshrined in a museum, some stones end up on a pedestal of ice in nature, with no human intervention. This "Zen stone" phenomenon, named after the stacked stones in Japanese gardens, appears on the surface of frozen lakes, Lake Baikal (Russia) in particular. These structures result from the phenomenon of sublimation, which causes a body, in this case ice, to change from solid to gaseous form without the intermediary form of a liquid.

This was recently demonstrated by researchers from the CNRS and l'Université Claude Bernard Lyon 1, who reproduced the phenomenon in the laboratory.

They showed that the shade created by the stone hinders the solar irradiance that sublimates the ice, thereby sculpting the pedestal. This research has helped bring to light and understand a rare phenomenon of sublimation within a natural context on Earth.

It was published in the journal PNAS during the week of 27 September 2021.

Please click on the image below to watch the video