Q: Do enlightened people know everything about the universe?
Krishna:

No. The enlightened person is insightful and open-minded. S/He is able to see the world with great clarity, without attachment to preconceived ideas about people, places, and things.

Enlightenment is a mind matter and can be cultivated. You get insights into people’s behaviour, culture, tradition religion etc. These are man-made things.

With open mindedness you embrace everybody and everything without any prejudices.

The person will be able to see things clearly. He might attain calmness of the mind.

That is not “everything about the universe”.

In order to learn more things about the universe, you will have to take the help of science. Just meditation (a practice where an individual uses a technique – such as mindfulness, or focusing the mind on a particular object, thought, or activity – to train attention and awareness, and achieve a mentally clear and emotionally calm and stable state) doesn’t teach everything about the universe.

I have seen people after meditating saying several things that they can control this and that and when I asked for proof, getting annoyed, angry and using abusive words to get away from these Qs! Is that what meditation and enlightenment teach you? They can’t even control or manage their own emotions! What will they learn about the universe?

On the other hand, I got several insights about things around through science. Find here how:

http://kkartlab.in/forum/topics/science-and-spirituality?groupId=28...
Q: After reading the above answer of mine....

I would recommend either looking into the history of science, especially around the time Newton did his work. Science is not going to come close to explaining everything about the universe. Science does not even try to fully understand things taking place, its aim is to simply provide theories that can be applied to it, that very different from trying to understand “everything about the universe".

Krishna: Science has two aspects to it.

One: The principles with which this universe came into existence (to atheists), or created (to theists) and run by it.

Two: The process with which we study this universe.

People usually take only the second one into consideration, not the first one while dealing with this aspect. But the truth is, without scientific principles, this universe in which we live, wouldn't have come into existence in the first place. Only when the scientific principles based universe came into existence, the consequences like galaxies, stars, planets, origin of life, its evolution, human beings and finally their religions became a reality.

So science is the basis for everything.

When the second aspect tallies with the first one, then a scientific fact gets established.

If we cannot match the second aspect with the first one, it is human inadequacy, not science’s fault. Get that right first.

Q: ​​Why do Monstera leaves have holes?

Krishna: Monstera plants dwell in the shadows of rainforests in the Americas. Computer simulations by researchers revealed that missing pieces may help the plants capture light more dependably in unpredictable conditions. In the thick tropical forests, flecks of sunlight make it through the canopy intermittently and erratically. The holes allow leaves to spread out over greater areas without needing to expend energy and nutrients growing extra leaf area to fill this space. That, in turn, may improve the plant's chances of catching sunflecks. 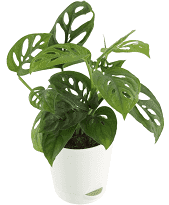 Q; How do Waterspouts form?
Krishna: Waterspouts can form when winds blowing in two different directions run into each other. Along the line where the two winds meet (called a "convergence line" or "shear line"), there is a lot of rotating air near the surface.

The collision of the two winds makes air move upwards because it has nowhere else to go. This rising air carries water vapor high into the sky where it creates rain showers, storms and cumulus clouds.

As the air rises, it can tilt some of the horizontal spinning air near the surface into the vertical direction. When this vertical spin concentrates at a particular point it starts sucking up water—and you have yourself a waterspout (1).

Because waterspouts form on the line where two winds meet, you sometimes see a line of waterspouts in a row where the spinning low-level air is sucked upwards at a few different points. 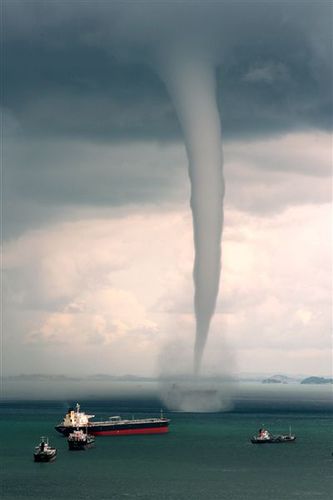 Q: What are the reasons for more vaccine side effects in some people?

Krishna: Vaccine Side effects vary from person to person.

It's important to remember that side effects are normal signs that your body is building protection.

These are some who face more side effects ....