Q: I am a 10 year old student. We have lots of mosquitoes around. They are biting me and it is itching a lot. I want to know why mosquito bites itch. Can you tell me why, madam?

Krishna: Yes, I can answer your question.  But first stop these mosquitoes from biting you. They spread a lot of diseases. Find here how: the-most-menacing-animal-in-the-world

When a mosquito bites, our immune system kicks in to protect us against the attack. This is similar to an allergic reaction and causes a raised, itchy bump to appear.

When a mosquito bite breaks the skin, a person’s body recognizes the mosquito’s saliva ( which contains an anti-coagulant which stops blood from clotting - if the blood were to clot around the mosquito’s mouth, it might get stuck)  injected into the body as a foreign substance. This causes an immune system response, which aims to flush out the intruder. The swelling around the bite is caused by histamine, which is produced by the immune system.Histamine increases blood flow and white blood cell count around the affected area, which causes infalmation or swelling.Mosquito bites itch because histamine also sends a signal to the nerves around the bite.

The first time a person is bitten, their body may not react in this way. The immune response is something that the body learns after being exposed to a foreign substance. Some people may never react to a bite. Others might become more tolerant to a mosquito’s saliva over time. For many, the reaction remains consistent, and mosquito bites continue to be an annoyance.

Mosquito bites itch due to inflammation. Rather than relieving the itching, scratching an already inflamed area increases inflammation. This makes the area even itchier.

Scratching may also increase the risk of infection if it breaks the skin. If the area becomes infected, it will be much itchier and will take longer to heal.

Instead apply aloe vera jel or honey to soothe the reaction.

Q: How do fire flies glow in the dark?

Krishna: Fireflies produce a chemical reaction inside their bodies that allows them to light up. This type of light production is called bioluminescence. The method by which fireflies produce light is perhaps the best known example of bioluminescence. When oxygen combines with calcium, adenosine triphosphate (ATP) and the chemical luciferin in the presence of luciferase, a bioluminescent enzyme, light is produced. Unlike a light bulb, which produces a lot of heat in addition to light, a firefly's light is "cold light" without a lot of energy being lost as heat. This is necessary because if a firefly's light-producing organ got as hot as a light bulb, the firefly would not survive the experience.

A firefly controls the beginning and end of the chemical reaction, and thus the start and stop of its light emission, by adding oxygen to the other chemicals needed to produce light. This happens in the insect's light organ. When oxygen is available, the light organ lights up, and when it is not available, the light goes out. Insects do not have lungs, but instead transport oxygen from outside the body to the interior cells within through a complex series of successively smaller tubes known as tracheoles.  Researchers fairly recently learned that nitric oxide gas  plays a critical role in firefly flash control. In short, when the firefly light is "off," no nitric oxide is being produced. In this situation, oxygen that enters the light organ is bound to the surface of the cell's energy-producing organelles, called the mitrochondria, and is thereby not available for transport further within the light organ. The presence of nitric oxide, which binds to the mitochondria, allows oxygen to flow into the light organ where it combines with the other chemicals needed to produce the bioluminescent reaction. Because nitric oxide breaks down very quickly, as soon as the chemical is no longer being produced, the oxygen molecules are again trapped by the mitochondria and are not available for the production of light. 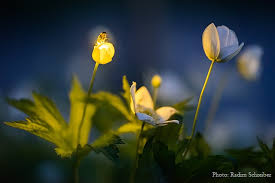 Fireflies produce defensive steroids in their bodies that make them unpalatable to predators. Larvae use their glows as warning displays to communicate their distastefulness. As adults, many fireflies have flash patterns unique to their species and use them to identify other members of their species as well as to discriminate between members of the opposite sex. Several studies have shown that female fireflies choose mates depending upon specific male flash pattern characteristics. Higher male flash rates, as well as increased flash intensity, have been shown to be more attractive to females in two different firefly species.

So this bioluminescence is used for both protection as well as mating purposes.

Q: I want to have tattoos on my body. But my mother doesn't like the idea. Are tattoos bad?

Krishna: Most  are tolerant when done in hygienic conditions. But some do get allergic reactions to them.

Experts give these reasons against getting tattoos… 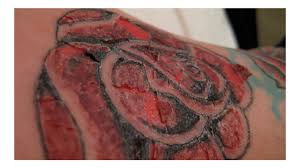 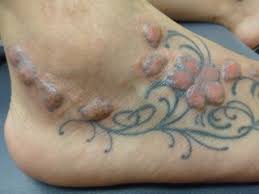 Now decide for yourself whether you want to go for them or not.

Krishna: This is what the experts say ...

How? If you touch your skin, then the petroleum jelly, your bacteria, and fungi along with your dead skin cells will be on the jelly. The skin cells will provide a bit of nutrient and perhaps some moisture. So, they won't propagate tremendously but will survive. Next time you or someone else then touches the jelly, some of those bacteria and fungi will be carried along and get transferred to you or anyone who applies it.

What bout viruses? Touching eyelids, nose, mouth or any other warm and moist area of your body, will increase the load of organisms that you will transport into the jelly.

So Vaseline may increase your risk of infection.

Petroleum jelly weakens condoms. If you’re planning to use latex or polyurethane condoms, you can’t use Vaseline. Petroleum jelly is incompatible with latex products and it will weaken these types of condoms. The condom may break or tear during sex and can lead to unintended pregnancy or STIs (1).

Q: We get some medicines from plants. Why do plants produce these medicines?

Krishna: Plants produce some chemicals as defence mechanisms. Some work as hormones.

Best examples are caffeine and nicotine. What use do they have to the plants? They’re insecticides. They’re neurotoxins that kill insects that try to eat the plant.

Some other chemicals are theobromine (from cocoa), opium, cocaine, strychnine, atropine, all are cyclic alkaloids. Cyclic alkaloids mimic chemicals used by the nervous systems of animals, so they make excellent neurotoxins.

Not all medicinal chemicals in plants are chemical weapons. Salicylic acid (aspirin) in willow trees is a regulatory hormone that helps regulate plant growth—though it does also have defensive properties (it stimulates willow trees to produce special proteins that attack and destroy bacteria and fungi).

Q: When will the Corona virus be finished in India?

Krishna: Completely removing corona virus from India is doubtful in the near future. The virus has spread to many parts of the world now and constantly moving people can take the virus again and again to the parts where it has been controlled like we are witnessing in China at present.

It's impossible to block people from all affected countries for a long time. But people can take steps to reduce the number of infections in their area — such as screening and aggressively testing for the virus, isolating cases, cancelling mass gatherings, partaking in household isolation and observing normal public health practices and good hygiene — in the hope that we won't have a big outbreak, again.

There is a possibility that cases of the disease will start decreasing when enough people develop immunity, either through infection or vaccination.

The best way to control the virus or slow its spread is through containment measures such as quarantines and travel restrictions. Containing the spread of the virus will be extremely difficult especially when people don’t co-operate.

Pandemics end when the virus doesn't have enough susceptible people to infect.

Theoretically, environmental conditions may affect the transmission of a virus, and that's why some viruses have seasonality.

Another possibility is that when the virus will mutate in a potentially beneficial way, making it more difficult for the virus to infect people.

A vaccine is the only way to eradicate it. But experts think a vaccine for this virus is likely 18 to 24 months away. It's unlikely that this corona virus — because it's so readily transmissible — will disappear completely. Eradication of a disease is "difficult and rarely achieved," according to the World Health Organization

Even if the corona virus is eradicated among humans, if the virus continues to survive in its natural form in animal reservoirs, those reservoirs can put the virus back into circulation. And we Humans ourselves are creating the conditions for the spread of diseases by reducing the natural barriers between virus host animals — in which the virus is naturally circulating — and themselves.

There's a chance that, even if we manage to control this virus, it might turn into a seasonal disease, making a comeback every year like other seasonal diseases such as the flu or colds. If that happens, there's a chance it could have less of an impact during subsequent circulations because more people will have built up immunity. But it's not clear if humans can become reinfected with this virus yet. People can get reinfected by the other circulating coronaviruses because our immunity to them wanes over time. And what if this virus mutates and come back again as a different strain?

It's difficult to predict how the virus will behave.

With the scant knowledge we have about the virus at present it is more difficult to even have a full positive outlook.

And India has several draw backs to control this pandemic: Coronavirus threat reveals the flaws in India's health system

But still there is nothing wrong in trying. In fighting.

The scientists are working on it day and night. And they hope people would listen to what they say and cooperate with them in this fight.

The success not only depends on the people working in the lab, but people outside of it too.