Science beyond science is pseudo-science in another disguise

Q: Can you explain the term “science beyond science”?

‘Science beyond science’ is coined by people who think there are things that science can’t explain and it is ‘the science’ or ‘ancient scientific knowledge’ that science can’t deal with. But what these people mostly try to explain or deal with is actually not scientific at all - that is it doesn’t follow the modern scientific method and therefore treads in the realm of pseudo-science.

And there are several websites on the internet that conduct these tests and 'guide you' if you pay them. But are they reliable?

A big 'NO' according to scientists! All this is fraud in the name of science!

This is definitely a pseudo-science. I explained in detail why Here: Debate between scientists and people who practice and propagate pse...

Another thing they deal with is IQ-EQ enhancement. The fluctuations in IQ is enormous. There is no definite definition of intelligence in the first place.

The reasonable error around any reliable IQ is going to be plus or minus 5 or 6 points, to give you a 95 percent confidence interval. So, for example, if a person scores 126, then you can say with 95 percent confidence that the person's true IQ is somewhere between 120 and 132; within our science we don't get any more accurate than that . But as soon as you go to a different IQ test, then the range is even wider, because different IQ tests measure slightly different things (3).

Can you change your IQ score? Individuals can change IQ scores. Your score may change not because of any real change in general intelligence, but that different tests may be used which measure different mixtures of abilities . Also, some abilities (e.g., fluid reasoning and crystallized intelligence, or verbal abilities) are more stable over time, while others are less stable (e.g., short-term memory and cognitive processing speed).

You may have a certain level of general intelligence but it is important how you use it. When you approach a task, how well do you plan? How well do you adjust your response if it's not going well? These non-cognitive traits can be improved more easily than cognitive abilities. (3).

So only superficial things of your IQ can be changed.

And psychologists say there isn’t anything called EQ in the first place(4). They say EQ is not a psychometrically valid concept. Scientifically, it’s a fraudulent concept, a fad, a convenient bandwagon, a corporate marketing scheme.

When we try to confront the people who deal with science beyond science, they say theirs is ancient knowledge that science cannot explain and that their science is beyond science. This is complete nonsense to hoodwink people and make money.

If these people who deal with unscientific things think theirs is science, ask them to subject their ‘theories’ to scientific scrutiny and provide genuine evidence that they really work. Then it comes to main stream science and becomes science. They provide anecdotal evidence(2) which is mostly based on placebo effect, which no scientist can accept and escape if we ask them to do so.

So science beyond science is pseudo-science in another disguise. It is a fraud committed on humanity. 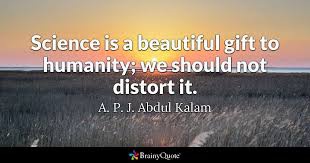 PS: I know some Godmen use the term to even describe some spiritual endeavours of theirs but that doesn’t come under the realm of science and therefore, we don’t treat it as science at all.