Scientists, stop trying to see everything through tinted glasses

I found myself in a very ackward position recently.

I run several science sites and spaces some on my own and some with other colleagues that cover atleast 1,50,000 people daily. I am very strict about what people add/post. I always ask for  evidence, citations, authenticity, validation much to the annoyance  of the members. 'You are running them like science journals and this is not fair' : a complaint I hear day in and day out. I just grin and move on.
Like other genuine people of science I too am fighting a fierce war against pseudo-science, misinformation, junk material and all sorts of nonsense and 'infodemic'.  And I am very proud of my  'providing only genuine science' to the general public legacy. Eventhough several people are asking me to join them to run their sites/spaces, I refuse to get associated with anyone who promote junk science. I have a very clean image till now.
But then this happened yesterday: some scientists accused me of 'inventing science' to make the general public happy. Hmmm!
Did I do that? 'NO' is my firm answer. Then why the accusation?
Well, when you get obsessed with infodemic, everything will look like it! 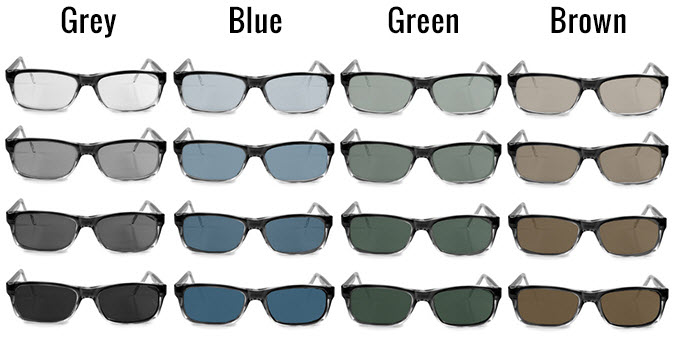 Tinted glasses: Image source: Lenspick
Let me explain the context. We have an  online group where some people of science meet and discuss things. I added a media report of a scientific paper that deals with the mutations of corona virus along with the link to the original paper published in a peer-reviewed high quality journal.
This is the link to the paper: https://jvi.asm.org/content/early/2020/04/30/JVI.00711-20
Mutations happen all the while in viruses and for common people they need not be of much importance. But for researchers in the field, especially vaccine developers, they are extremely important. That is why they do research on it and report very often.
Now this report deals with mutations that happened recently at a site that can have tremendous affect on the virulence factor of the virus. Similar mutations happened earlier to the SARS virus made them weak and less virulent.
This is also important because these less virulent viruses can be used as vaccine candidates. It is significant news for the vaccine developers too.
We have been expecting such mutations for a long time. When they 're reported, we, the microbiologists, 're elated as our hopes 're realized. We celebrated and posted about the good news on several scientific social networks and people were very happy to hear the morale-boosting news.  We thought a stressed world had relaxed somewhat and their worry had eased to some extent.
Then this shocking accusation came like a bolt from blue.
"We will see such reports very often. What is the big deal?", the scientists (not from the Microbiology field, otherwise they would have understood the significance of the discovery) asked me."Only when there is empirical evidence of these mutations doing anything, you should celebrate and report," they said.
They even said to make people happy, I 'weaved' a story by inventing 'happy science'. Ufff!
I tried to understand. Analysed it with my Microbiology colleagues. Not only this story but other ones also that caused misunderstanding.
Well, first, scientists from other fields might not understand the significance of this report like we did. So they got irritated when we started celebrating. They failed to understand that it 's the specialists in the field, who know chalk from cheese,  who 're reporting now and not the media people. They started seeing everything through tinted glasses and  failed to see the difference.
Their obsession with 'more' evidence and data made them  think we 're celebrating prematurely.
But 're we?
Let me explain.  When a specialist doctor of a particular area sees a critically ill patient of his arena, depending on the symptoms, s/he can diagnose a disease  and atleast can guess correctly to some extent what the disease might be. Other specialists might not be able to clearly see this and if they accuse the doctor of 'misdiagnosis' or not waiting till the test results are out to start the treatment even though the patient is dying? This 's what happened here.
Let me assure you, we are not immune to evidence.
The difference between them and us is .... we can understand the different scenarios in uncertain conditions and can be flexible enough to do our best even in these situations.
So we think ....
Policing is good but over-policing that needlessly interferes with other people's liberty and independence? Eeek! Policing on other law enforcement agencies? NO!
Not only that because of their over emphasis on evidence and data, I realized, the scientists are going into a paralysis mode and are unable to take decisions  quickly. Read this article that depicts how that happens and how I take some bold decisions: science-communication-in-uncertain-times
and sci-com-dilemmas
Moreover, they are sticking with 'old theories' even though the situations are demanding re-look at a few things. Read here how I am fighting it: covid-19-is-not-just-a-respiratory-disease-but-an-illness-that-ca
It is good to demand and depend on evidence. It is good to depend on data to arrive at a conclusion and take a decision. But over-dependence on it and obsession with it  shouldn't paralyse you, make you stagnant and paranoid to the extent that it blinds you and causes  inconvenience to others.
People of science, beware of this obsessive-compulsive disorder (OCD).

The team has identified a SARS-CoV-2 mutation that had never been found before—where 81 of the letters have vanished, permanently deleted from the genome.

The study was published in the online version of the Journal of Virology.

As soon as  the manuscript data made available on a preprint server medRxiv, it has attracted worldwide interest from the scientific community, including the World Health Organization.

During the middle and late phases of the SARS epidemic, SARS-CoV accumulated mutations that attenuated the virus. Scientists believe that a weakened virus that causes less severe disease may have a selective advantage if it is able to spread efficiently through populations by people who are infected unknowingly.

In the case of the 81-base pair mutation, because it has never been found before in the GISAID database, it could also provide a clue into how the virus makes people sick. It could also form a new starting point for other scientists to develop antiviral drugs or formulate new vaccines.

I have visited their site Dr. Krishna. There are  factual errors in their posts. Obviously, they are not doing their home work right.

If you get obsessed with small things, you miss the big picture.

Can you give us the link? Who are these people?

Sorry no links will be given. Nobody will be named here.

This pandemic made everybody an expert. Earlier people used to listen to  subject specialists.  Now everybody is talking and nobody is listening.

Scientists belonging to other fields should not give their opinions on yours. If they did that, it shows their highhandedness.

This is the first time we got a glimpse of the inner workings of the scientific world. Not a very rosy picture. Nothing like what we had imagined. My perception about scientists changed somewhat.

Thanks Dr. Krishna for painting a clear, real picture of the scientific world.