The myth of rituals working

Several times I read in the news papers here how sports persons perform rituals before entering the arenas where they  face their opponents.  I have also read about the movie stars performing  the rituals before the release of their movies. When people who are fans of these sports persons and stars read these stories, naturally they tend to think these rituals work and therefore they too should follow their heroes. They don't try to reason that the ritual working is just a myth. Yes,  folk stories are just stories which should be dismissed with a wave of your  hand and a good laugh. I will tell you why.

I know a person who is very much into rituals. She does these things on a weekly basis. To make her family healthy and prosperous, she performs various rituals with  dedication. She derives tremendous happiness form these rituals. Okay, if they give her satisfaction, you tend to feel that there is nothing wrong with her obsession. Several people do the same thing. But can rituals stop tragedies from happening? No, they can't!

At the same time they can make people complacent and negligent. They think they need not do other things they should actually be doing. This was what happened to the person I know.

One day her husband died suddenly of heart attack. She was inconsolable. What can I tell her? Had she showed even a part of interest she showed in rituals in visiting doctors and getting  the health of her husband and other family members checked, may be the life of her husband would have been saved then and prolonged for some time. I didn't say that when I visited her to console her, but later slowly made her realize it.

I can give another example. One of my paternal aunts was in a terminal state of liver cancer some years back. And a street corner Pundit told her husband, my uncle,  that performing some rituals would save her. I knew the pundit wanted to earn some money taking advantage of the tragedy. Would my uncle listen to me if I had told him this when he was in such an agitated state of mind? No, he wouldn't! So I let my uncle learn his lesson from his own experience! He performed several rituals to save my aunt. He was so convinced that his wife would be saved after performing these rituals that he started telling everybody that my aunt wouldn't die!

But like  I had expected like a Biologist who knows all about cancer would, the rituals didn't work and my aunt died within one week of performing those rituals. My uncle was inconsolable and became very sick after the tragedy. He hasn't recovered till now from it. Had he used the time to strengthen his mind in a permanent way rather than escaping into a temporary  sojourn, maybe, his life wouldn't have become so miserable.

One of my friends, who was also my class-mate while I was doing my graduation, too used to perform several rituals during the time of exams.  I used to tease her  and tell her to study well instead. But despite her rituals, done at the behest of her uneducated mother to get good marks, she didn't fare well in the exams and had to limit her studies to just a degree with below average grades.

These are just three examples of  rituals not working.

So when people still say that they do work, how can I deal with them?

My reply to this article on Scientific American (written by a pseudo-science propagator): http://www.scientificamerican.com/article.cfm?id=why-rituals-work&a...
Which says: Why Rituals Work and that there are real benefits to rituals, religious or otherwise
My reply:
People who don't have strong minds need external assistance to boost their confidence and help overcome their tragedies. These rituals actually don't make your mind strong but give a temporary relief or belief that things could be done. Because you think you are doing something that can cancel the ill effects of a tragedy as your mind had been culturally conditioned to think that these rituals work. They just have a placebo effect! More over, great expectations heighten placebo effect (ref. 1)!These rituals are for the weak minds. Articles on cultivating the strength of the mind are more important than these illusion based ones. Sorry this is not the right way to go Scientific American!

And to this one:

Krishna: These rituals might bring temporary comfort to the weak minds but they don't change the outcomes of tragedies. Critical thinking and reasoning can strengthen the mind more and bring real calming effect than performing the rituals. Just what does this study aim at? To tell the world rituals are good to follow? Have the researchers tried other methods and compared the results? This looks like a flawed study to me.

If superstition enters, the brain is gone - Swami Vivekananda

http://www.redorbit.com/news/science/1112985833/rituals-and-belief-...
The article to which the above link is given says: Supernatural Reasoning Is An Integral Aspect Of Human Cognition
But I think, your behaviour is based on your surroundings and cultural conditioning of your mind. If you are surrounded by people who are into supernatural and belief based reasoning, you will get influenced by it. If you are in the company of scientists and science who use scientific and detached reasoning, you will get influenced by it. People who use detached reasoning  and rationale are very few! That doesn't mean everybody's reasoning will have a Supernatural element!

That is why most of the scientists say for people of religion, God is the answer for everything! Naturally, they are inclined to Supernatural reasoning.

When some 'controversial people of science' who are unable to overcome the cultural conditioning of their minds do flawed studies which they claim are scientific , can we blame the man on the street for not coming out of the hole he is living in?

Wake up, world of science!

Only shallow and lowest self esteem people follow rituals. That is a sign of credulity.Those who have no confidence to face the new situation or danger  take the route of rituals. I don't think rituals work positively on the contrary they are harmful driving people into medieval times. Training people scientifically to face tragedies, tests and life's ups and downs is the way to follow to gain permanent strength of the mind!

Sometimes these rituals  go to the extremes where people kill other people and innocent children and animals 'to get rid of diseases', 'to acquire wealth', ' to appease the Goddesses so that no harm would happen to them', 'to have good rains in a particular country or region' and even 'to bring ill health and death to others'!

This really is an ironic situation. People and papers  who report the stories again say these things are  wrong when they do happen but at the same time tell 'interesting stories' about sports and movie stars performing the rituals. And they don't do anything substantial to make people realize following the rituals is not only wrong but also dangerous.

Recently I read an interesting comment describing the state of affairs here: A black cat passing by the crossroad anywhere in India can stop hundreds of people what a RED LIGHT on traffic signal has failed to do for a long time!!

When 100 past studies were replicated, only 39 percent yielded the same results

Only shallow and lowest self esteem people follow rituals. That is sign of credulity.Those who have no confidence to face the new situation or danger they foolishly doing rituals.I don't think rituals work positively on the contrary they are harmful create more worry losses of self-confidences.

http://www.redorbit.com/news/science/1112985833/rituals-and-belief-...
This article says: Supernatural Reasoning Is An Integral Aspect Of Human Cognition
But I feel, your behaviour is based on your surroundings and cultural conditioning of your mind. If you are surrounded by people who are into supernatural reasoning, you will get influenced by it. If you are in the company of scientists and science who use scientific and detached reasoning, you will get influenced by it.

These rituals might bring temporary comfort to the weak minds but they don't change the outcomes of tragedies. Critical thinking and reasoning can strengthen the mind more and bring real calming effect than performing the rituals. Just what does this study aim at? To tell the world rituals are good? Have the researchers tried other methods and compared the results? This looks like a flawed study to me.

My reply to this article:

Rituals to ward off ill fate help to drive away unwanted thoughts
http://www.scientificamerican.com/article/good-luck-gestures-bring-...

http://articles.latimes.com/2012/jul/13/news/la-ol-blowback-pscyhol...
ology
Why psychology isn't science
By Alex B. Berezow
Psychologist Timothy D. Wilson, a professor at the University of Virginia, expressed resentment in his Times Op-Ed article on Thursday over the fact that most scientists don't consider his field a real science. He casts scientists as condescending bullies:

"Once, during a meeting at my university, a biologist mentioned that he was the only faculty member present from a science department. When I corrected him, noting that I was from the Department of Psychology, he waved his hand dismissively, as if I were a Little Leaguer telling a member of the New York Yankees that I too played baseball.
"There has long been snobbery in the sciences, with the 'hard' ones (physics, chemistry, biology) considering themselves to be more legitimate than the 'soft' ones (psychology, sociology)."

Why can we definitively say that? Because psychology often does not meet the five basic requirements for a field to be considered scientifically rigorous: clearly defined terminology, quantifiability, highly controlled experimental conditions, reproducibility and, finally, predictability and testability.

Happiness research is a great example of why psychology isn't science. How exactly should "happiness" be defined? The meaning of that word differs from person to person and especially between cultures. What makes Americans happy doesn't necessarily make Chinese people happy. How does one measure happiness? Psychologists can't use a ruler or a microscope, so they invent an arbitrary scale. Today, personally, I'm feeling about a 3.7 out of 5. How about you?

The failure to meet the first two requirements of scientific rigor (clear terminology and quantifiability) makes it almost impossible for happiness research to meet the other three. How can an experiment be consistently reproducible or provide any useful predictions if the basic terms are vague and unquantifiable? And when exactly has there ever been a reliable prediction made about human behavior? Making useful predictions is a vital part of the scientific process, but psychology has a dismal record in this regard. Just ask a foreign policy or intelligence analyst.

To be fair, not all psychology research is equally wishy-washy. Some research is far more scientifically rigorous. And the field often yields interesting and important insights.

But to claim it is "science" is inaccurate. Actually, it's worse than that. It's an attempt to redefine science. Science, redefined, is no longer the empirical analysis of the natural world; instead, it is any topic that sprinkles a few numbers around. This is dangerous because, under such a loose definition, anything can qualify as science. And when anything qualifies as science, science can no longer claim to have a unique grasp on secular truth. 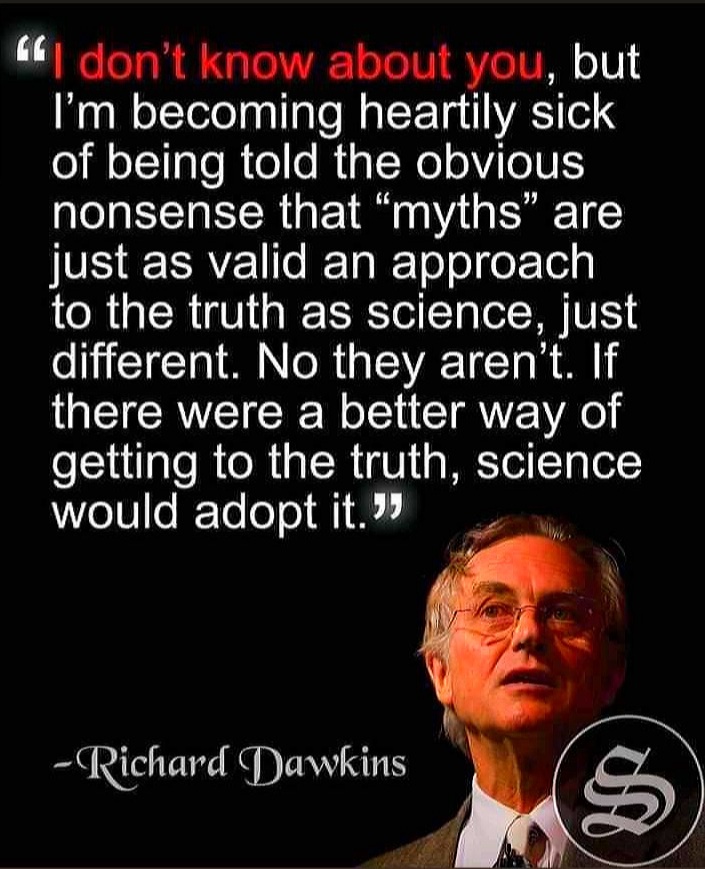