What demarcates science from nonsense 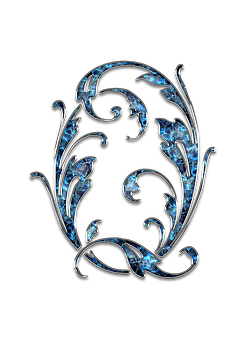 What differentiates scientific from unscientific?

Krishna: There is a broad consensus among scientists regarding what genuine science is. There is absolutely no doubt in our minds.

Science is what becomes a fact using 'scientific method'. Anything that doesn’t follow this scientific method is unscientific, even if it comes from a lab, a scientist’s mind and uses all the scientific jargon to explain things.

Is it settled then? But things are not that easy.

Define question or a problem

Observe things and gather information regarding it

Collect data and analyse it

Repeat the process several times under different conditions, thought processes to get good results and confirm the results ( scientists engage in many different activities in many different sequences. Scientific investigations often involve repeating the same steps many times to account for new information and ideas)

Publish results and make it available for discussions, questioning, retesting and falsification (because one person or a group might go wrong because of several cognitive inadequacies)

Improve  the results over and over again to establish the facts (scientific conclusions are always revisable if warranted by the evidence. Scientific investigations are often ongoing, raising new questions even as old ones are answered)

March on ... using creativity make things work based on the facts established (the process of science is exciting, dynamic, and unpredictable. Science relies on creative people thinking how to connect things )... this is the real test ... if the new found facts agree with the universal scientific principles ... things work and your science is confirmed.

Why? Our Universe is based on and follows certain scientific principles ... that is established science. If it is not, our universe would have collapsed by now. As it is working wonderfully, the universe has clearly demarcated what is science and what is not. If your study agrees with the universal science, it is undoubtedly 'scientific'. Nobody can challenge and provide evidence contrary to that. Universal science is settled.

Then a philosopher brought my notice to demarcation problem.  The demarcation problem in the philosophy of science and epistemology is about how to distinguish between science  and non-science, including between science, pseudo-science, and other products of human activity, like art and literature, and beliefs. The debate continues after over two millennia of dialogue among philosophers of science and scientists in various fields, and despite broad agreement on the basics of scientific method.

Philosophers have different thinking from scientists and they need not agree with us. They most often try to bring in old and limited edition of scientific methods, not the new progressive ones to argue things.

While Science is what our universe works with and a settled one at that, science is also the process with which we try to understand things. It’s about explaining the world we see, developing models that fit the data. But fitting models to data is a complex and multifaceted process. In this process the universe itself is our guide. Human mind might not be able to comprehend fully and correctly sometimes because of its limitations, but there are processes called falsifications and corrections to set things right. It is because of the human mind limitations, we  most often have only the best knowledge under the present circumstances. If we get things right, and if our data fits with the universal versions there won't be any falsification and it is the ultimate knowledge.

If what we observe  concurs with the universal principles of science, that itself is evidence that we got it right. If we can make things work using our new found knowledge ( inventions based on discoveries), that itself is proof we got things right.

'The history of science is full of examples in which theorists first proposed something and then found the evidence. Then how is it science during the process?'

My reply: Theories are based on previous knowledge and mathematical models and inferences, proposals not made in total ignorance.

My reply: If you are following scientific method, you are going the scientific route, instead of blind faith way. The path you chose gives it scientific credibility, even if it is falsified, whether you find the right evidence or not. You build your science brick by brick, sometimes finding facts sometimes falsifying it.

In my mind, like in several scientists' minds,  there is no doubt what science is and what differentiates science from pseudo-science or science from faith. And there is a clear demarcation. Some factors, taken as a whole and evaluated over time, are commonly used to demarcate science.

Non-scientific doctrines and practices, including science denial(ism) and resistance to the facts, pseudo-science are what we are fighting day in and day out. When People argue that they would take the points of demarcation problem and say, as there is no settlement on what science is, my pseudo-science is science too. Or my religion can be science too. Or your science is faith too. As a scientist I faced that situation several times before. I fought with this ignorance several times.

What this universe follows is strictly science. What a human mind follows can be both science and nonsense. Yes, there is a definite demarcation here.

Just because a human mind can’t understand what the universe follows properly, that is not a demarcation problem, That is an inadequacy problem.

So following the scientific method is only the way (right one at the moment) to reach our destination. Our real goal is unraveling universal scientific principles. Philosophers, that helps us to use them for our own welfare. And finding the true meaning of our own existence.

Any more Qs or doubts?

Please send them to kkartlabin@gmail.com