Why you shouldn't kill spiders in your home

Most people fear spiders. It's very  natural. They have lots of legs and almost all are venomous—though the majority of species have venom too weak to cause issues in humans, if their fangs can pierce our skin at all.Some loathe them.  People think they are ugly spoiling their home's beauty with webs. But entomologists are explaining why you shouldn't kill spiders in your home. 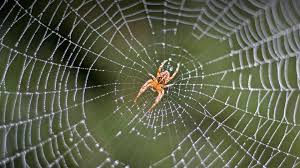 Because spiders are an important part of nature and our indoor ecosystem. Most spiders are neither aggressive nor dangerous. They may be providing services like eating pests – some even eat other spiders.

Spiders regularly capture nuisance pests and even disease-carrying insects – for example, mosquitoes. Spiders mostly eat insects, which helps control their populations. Their webs—especially big, intricate ones like our orb weavers' – are particularly adept at catching small flying insects such as mosquitoes. Worldwide, mosquito-borne viruses kill more humans than any other animal. There's even a species of jumping spider that prefers to eat blood-filled mosquitoes in African homes. So killing a spider doesn't just cost the arachnid its life, it may take an important predator out of your home.

They even eat pests like cockroaches making you get rid of them naturally and the more dangerous termites.

Spiders actually prefer to avoid humans; we are much more dangerous to them than vice versa. Bites from spiders are extremely rare. Although there are a few medically important species like widow spiders and recluses, even their bites are uncommon and rarely cause serious issues.

Spider silk is the strongest, most flexible natural biomaterial known to man. It has historically been used to make bandages, and UK researchers have worked out how to load silk bandages with antibiotics. Webs of the golden orb spider, common throughout Australia, are strong enough to catch bats and birds, and a cloak was once woven entirely from their silk.

If you truly can't stand that spider in your house, apartment, garage, or wherever, instead of smashing it, try to capture it and release it outside. It'll find somewhere else to go, and both parties will be happier with the outcome.

The University of Queensland is using spider venom to develop non-addictive pain-killers. The venom rapidly immobilizes prey by targeting its nervous system—an ability that can act as a painkiller in humans.

The venom from a Fraser Island funnel web contains a molecule that delays the effects of stroke on the brain. Researchers are investigating whether it could be administered by paramedics to protect a stroke victim on the way to hospital.

Funnel-web venom is also being used to create targeted pesticides which are harmless to birds and mammals.

Humans need spiders for their survival. It is important to remember that spiders and other invertebrates—animals without spines—make up 98% of animal species. They are vital to the functioning of ecosystems; without them, the remaining 2% of vertebrates, including humans, could not survive.