All about Science - to remove misconceptions and encourage scientific temper

Communicating science to the common people 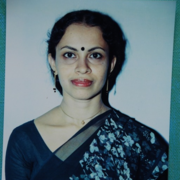 This pseudo-scientific theory too is owned by a thrash can!

I read some stories on the net that said some people conquered their dreadful diseases like cancer with their positive thinking! And there are 'theories' - need I add the pseudo-scientific ones - that explain how positive thinking helps you achieve all things impossible.

But is there any truth in it? Are the effects of  positive psychology (PP)  fact based?

Is there really power to positive thinking?

Research shows that this  alleged  empirically evidence-based theory  in fact  is sustained upon tautological statements, superficial knowledge and obvious conclusions. All of the knowledge produced by PP reveals what it is provided by common sense and traditional wisdom. In conclusion, PP is not necessary in producing this knowledge and is academically and socially irrelevant and dispensable and is a definite pseudo-science (1 ) and mostly propagated by self-help gurus like  Tony Robbins, Stephen Covey, Robert Kiyosaki.   Some religions eagerly jumped on the boat and promised that with the prescription of positive prayer and faith, you'll have all the good fortune you deserve.

But science doesn't endorse it. This cultural phenomenon is not only delusional, but dangerous. Insidiously, the obsession with positive thinking shifts us to an inescapable feeling of guilt when we find it difficult or impossible to remain optimistic all the time. The reality is that human emotions fluctuate. It is perfectly normal to go through periods of sadness and despair, and cry when you feel like it. There's really something wrong with you if you don't experience such things. Won't you feel sad if you lose a job or money or a loved one? There is nothing wrong with it.  Psychologists recommend that people suffering from grief express their emotions through talking and crying, rather than keeping their emotions in check and laughing artificially. The science of laughing and crying (2) says that there is a myth that laughing works well always. Sometimes, when you are emotionally distressed, crying helps! Laughter does have the power to override other emotions momentarily – but not fully.

According to experts, Suppressing or turning away from our difficult emotions is not healthy or helpful.

Instead of pushing negativity aside or forcing positivity, one critical way of dealing with a difficult emotion is to label it effectively. When we can label our emotions more accurately, it helps us understand the cause of those emotions and activates what’s called a ‘readiness potential,’ your ability to set goals and to make real concrete changes.

Instead of telling a distressed person how to feel, like 'don't take it so hard' or 'don't think about it,' you could encourage them to talk about their thoughts or feelings so that person can come to their own conclusions about how to change their feelings or behaviors, according to research (3, 4).

Making people see things and think realistically is more important than thinking positively. The thing that makes us truly strong is ‘being realistic’, neither positivity nor negativity. Why?

You get depressed in the first place because your expectations didn’t match with reality. This happens with positive thinking. Being positive makes us expect too much. It is not a very effective tool and can be downright harmful in some cases, when you don’t get the picture right and anticipate more than you put efforts into a situation. That is like creating an illusion and kidding yourself!

There are much better ways to get the benefits that positive thinking allegedly provides. Don’t see things through coloured lenses and get a different picture like positivity provides. Can you actually go through life without labeling what happens to you as good or bad? Yes, you can. You have to train yourself to do this. You have been conditioned to think of things as bad or good. You can de-condition yourself.

Think of our pain and suffering as being hit by two arrows. The first arrow, the inevitable pain of life, whether a difficult event, thought or feeling, is shot at us; we have little control over this. But then we shoot a second arrow at ourselves with our own reaction to the pain, amplifying and prolonging it. The suffering from the refusal or pushing away of this pain, the "it shouldn’t be here," the "I can’t stand this," but also the blaming, the ruminating, the "why me?" the "it’s always been this way and always going to be this way" stories: these are the parts we add. To put it simply: pain is inevitable; suffering is optional. “You can’t stop the waves, but you can learn to surf.”

When something bad happens to you, it certainly seems logical that it is healthier to assume that you will come through it okay than to gloomily mutter.  If people are going through a rough patch but believe things will get better eventually they  will not, automatically that is. But without assessing the problem thoroughly and critically , you cannot tell where it went wrong and why you failed. Only if you try to correct a situation, it will improve.

Just see things and situations exactly as they are, analyse them neutrally using facts and true knowledge and realize the truth, not illusion like positive thinking shows, and tackle it in the right way. Just because you think positively and wish that something would happen, it will not happen without making the right efforts. An example: Majority of the poor people in the world daily wish they had money to have a decent living, food and housing. They wish and pray for it. But do they get what they want with just this positive thinking? NO!

I can give another example. One of my paternal aunts was in a terminal state of liver cancer some years back. And a street corner Pundit told her husband, my uncle,  that performing some rituals would save her. I knew the pundit wanted to earn some money taking advantage of the tragedy. Would my uncle listen to me if I had told him this when he was in such an agitated state of mind? No, he wouldn't! So I let my uncle learn his lesson from his own experience! He performed several rituals to save my aunt. He was so convinced that his wife would be saved after performing those rituals that he started telling everybody that my aunt wouldn't die! He and all his family members were so positive about the situation. They even told my dying aunt that she would survive her condition and be positive about it.

But I am a Biologist and knew after going through the reports of my aunt's medical condition that she wouldn't survive it. I told this to my parents but although they trusted me told me to keep quiet! Being realistic will not be appreciated in our societies. Preparing for the inevitable is not thought of at all. Going into a state of delusion with positive expectations is thought to be right.

Like  I had predicted like a Biologist who knows all about cancer would, the rituals and positiveness didn't work and my aunt died within one week of performing those rituals. My uncle was inconsolable and became very sick after the tragedy. He hasn't recovered till now from it. Had he used the time to strengthen his mind in a permanent way rather than escaping into a temporary  sojourn, maybe, his life wouldn't have become so miserable.

If you think just positive thinking helps you, it just is your perception, not the truth.

A team of Australian researchers who followed 179 patients with lung cancer over a period of eight years found that optimism made no difference in who lived or in how long they lived. Before long, for every study showing the benefits of optimism, another was showing either no effect or even that it can be harmful. Among other things, optimists are more likely to keep gambling even when they lose money, and they can be more vulnerable to depression when the rosy, hoped-for outcome does not occur.

Optimism also backfires when it keeps people away from preparing themselves for complications of surgery (because they wave off practical concerns with “Oh, everything will be fine”) or causes them to underestimate risks.

Research also found that it was conscientiousness—the ability to persist in pursuit of goals, work hard but enjoy the work and its challenges, and be responsible to others and for one’s obligations that brought better results, not optimism.  Conscientious people are optimists in the sense that they believe their efforts will pay off, but, more important, they act in ways to make that expectation come true.

Among people with low self-esteem, repeating positive self-statements and asserting how true they are  makes them feel worse than people who do not repeat the statements or who focus on how the statements are both true and false. Similarly, when children who have low self-esteem are given inflated praise, that praise may momentarily please them, but it also often discourages them from taking on new challenges that they fear they won’t be able to meet. To be effective, praise and self-affirmation must be grounded in reality: the person has to focus on his or her actual strengths, positive values, and good qualities and then use them to choose and work toward realistic goals.

Failures might occur in life. When they do, you should revisit your problem, analyse it thoroughly and realistically in an enlightened way and think you haven't found a proper solution to it yet and that's why you couldn't overcome it, then try to get one, increase your efficiency of the effort, plug the loopholes and go after it with all your might to defeat it.

Accepting reality as it is makes you prepare better for life's challenges, expect things exactly as they should be done, cope with failures better, succeed a bit slowly but steadily.

Just Positive thinking doesn't cure cancer. Going for a treatment after analyzing the condition thoroughly does improve the situation to the extent it can. Accept this reality.

That is the realistic way of doing things and that is what science tells us to do.

People ask me why I want to see all sides of everything including the dark side. "Are you a pessimist?", they ask me which makes me smile.

An optimist would say the glass is half full, while a pessimist would say it is half empty. I think a third point of view should define who a scientist is. For me the glass is always full - half filled with water and half with air. If you don't try to see the unseen and the whole picture,  you are not a scientist at all! A scientist should be able to see things exactly as they are without spins, twists, biases  and exaggerations. And s/he should be able to tell the world exactly what s/he sees i.e., the truth and reality! 'Reality cannot be biased, it simply is what it is'.

Just thinking positively, doesn't bring any good. Infact it does more harm than good. We scientists are ruthless while stating  facts. We are emotionally neutral too while doing this. Like it or hate it, you would be made to accept  these facts by life in the end. AND WE ARE ONLY TRYING TO HELP YOU in realizing this sooner and with ease.

TRUST US when we say benefits of POSITIVE THINKING is another pseudo-scientific theory that is owned by a thrash can. Put it where it belongs to!