Whatever the the topic that includes these words, the purpose of research we will be discouraged by a great documentary that will be required to go through.

Line, as related with physiognomy and the sensuous expressionism

My incursions into graphics physiognomy is an attempt to give another example to insist on affectivity in visual communications, as a particular case in huge accumulations value, made by famous artists in the field of portraiture and caricature. 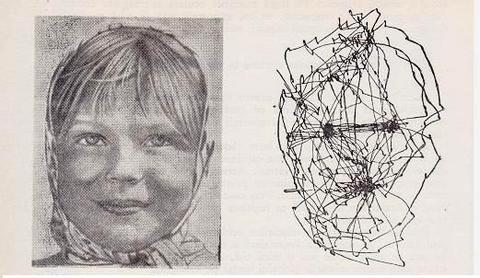 Registration of eye movements during free eye of the photo
girl, with both eyes in three minutes (after Jarbus)

Eyes look clear in an angle of 60 '.  If we set eyes on one of the pupils in the photograph we see clearly only pupil. The figure  we see is not clear.
Figure appears to us clear through rapid eye movement and quick storage of successive images. Dominant images that remain in memory are those

of the eyes and mouth area.

“What we feel as a similarity managed in a cartoon, or a portrait, not necessarily a replica of something seen. Had any minute photo would have  more chance to let us feel a satisfactory representation of familiar people. In reality, only a few minutes we will meet photos so. On most reject them as inappropriate, uncharacteristic, strange, not because the camera distorts, but because it comes just a group of traits expression  of the whole melody. Then, when  life is hardened  like ice does not move us in the same way as the model. For expression in life, and physiognomic impression is based on movement and less static symptoms, and art must compensate  for loss time dimension  in an image that will include many necessary information“.

We might consider the opinions of Gombrich  on the portrait, caricature and photography as among the most successful, which express the synthesis recommendations on these artistic genres.
Observation  “.. not necessarily a replica of something seen”   has the added stage of development communication physiognomy by fine art.
Of my exercise  has result    the possibility to deepen what we see, in that in the drawing physiognomy dominating life the communication characteristic affectivity for a certain person.

This is because we retain in memory  for a certain person, characteristics mouth and separately the eye to distance, in time
To draw the physiognomy, of certain persons (physiognomy unique in the universe) is necessary to find lines corresponding to these images.
I am not a cartoonist. In 1981 ... 1986  I performed the exercises being as models mainly Romanian theater and film artists.

I had to make numerous attempts using various lines, for to bring the drawing of images.
I called this exercise: neuronic development.

This mode of communication provides the maximum emotional contemplation, to the generation that artistic personalities.

The generations, disappear (artists and people who lived emotions communicated by him)
Art criticism remains to establish the value of these unique physiognomy. 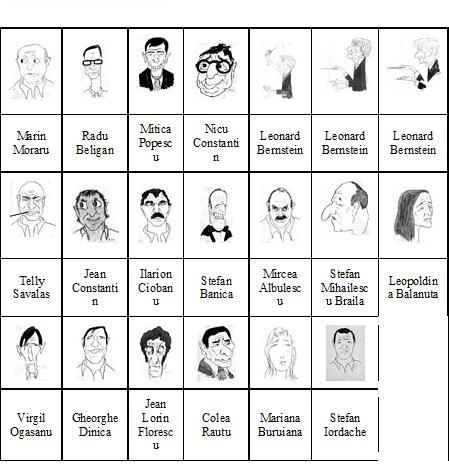 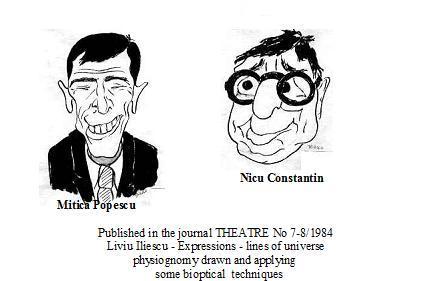 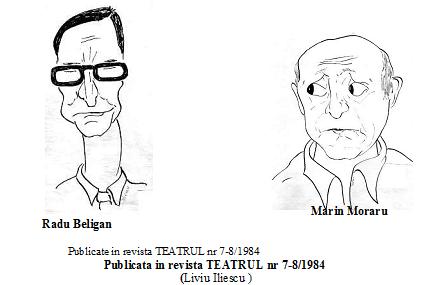 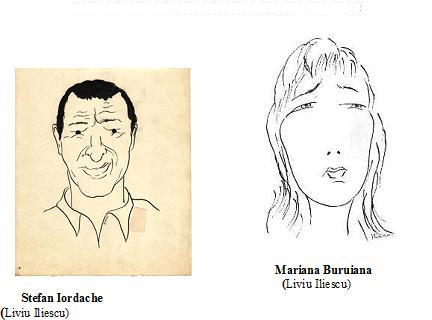 Can be observed correspondence between the image from memory
and profoundly human expressions obtained with few lines.

I developed these studies into  a more comprehensive field which can be found on Google by Keywords:

fine arts visual sense pictures
My works are selected by Google to the forefront by sofisticates criteria.