How Global Are We?

The word “global” was on my mind for the past several months as I was trying to find the true meaning of the word and I feel the members here can help me in doing so.

I noticed during my observation of the internet that although the modern transport systems and various media especially the World Wide Web bring human beings from all parts of the world together, most people still think and understand things from their own points of view and not from a global one when they deal with individuals from another corner of the world.

Internet is a place where people from all walks of life, countries, cultures and religious back grounds meet. We have to deal with all sorts of people here. If I say something on the net, it reflects my experiences, culture and religion I was born into, the educational training I got and a lot of other things I am familiar with. But a person coming from another part of the globe might have a different background from mine and he might understand it in a different way. It happened to me several times and I had to explain things to people in detail for them to grasp fully what I was trying to say.

Yes, there are a few universal languages majority of human beings are familiar with like love, music, art, science etc. But if individuals try to understand these things only from their cultural points of view, they won’t be able to make out fully why a person from another culture is behaving in a particular way. I will give the example of an interesting and true love story. A girl from one part of the world met a man from another part on the internet. The girl’s culture told her that she should treat all men except her husband as grandfathers, fathers, uncles, brothers and sons depending on their ages. While the man treated the girl as his girl friend, she treated him as her father as he was much older than her. She showed him daughterly affection. The man failed to see it in this way. On one fine day when he expressed his feelings for her, she was shocked. She told him he was like a father to her and treated him in that manner. The man got angry, said she needed some “brain washing” and threatened her she would face dire consequences if she didn’t accept him as a boy friend. The girl told her other friends about this man. Finally her friends and family members intervened and told the man to back off. As far as love is concerned we can’t blame neither the man nor the girl because both of them were right in their own ways and there was a “regional gap” that defined love in different ways for each of them.

Individuals who want to be truly global should have tolerance and should be able to respect others right to have their opinions, thoughts, ideas and views. On an on line network, a member added a discussion a few days back and asked the other members on the network to participate in the discussion. When some of the members didn’t agree with the person who added it, he and his friend started attacking these individuals with derogatory words. They gathered information about the people who disagreed with them from their profile pages and made very abusive personal remarks. They did this till members stopped disagreeing with them and adding replies. In a way they “terrorized”

people into accepting their views. I never saw anything like this happening before. I was attacked too when I tried to stop these “cyber dictators”. But fortunately, I learned from life’s experiences how to handle these kinds of people. I gave them a surprisingly smooth shock that left them confused and paralysed.

Don’t some people try to accommodate globe in their minds instead of expanding their minds to the globe?

Before creating my network I asked myself a few questions and only when I got a satisfactory answer I went ahead with my plans. This was necessary because I wanted to invite people from all parts of the world to my network. Let me bring those questions before you now.

When we meet a person at the global level, can we accept the person just as a human being equal to us without things like the gender, skin colour, religion, culture, region and status interfering with our acceptance?

Can we mix freely with people from any part of the world and become their friends?

When we deal with a person, do we keep in mind that he will have a nervous system and a mind associated with it that will get affected and he feels pain and agony if we deal roughly with him?

When we meet a person do we agree and accept that he too has all the rights we have?

When we meet a person can we consider his acceptable views, opinions, thoughts and ideas along with ours in our minds?

Can we respect other cultures and religions like we do ours?

Can we handle tricky and adverse situations and problematic people from other places efficiently when we encounter them?

Do we have at least some knowledge about our planet and things that happen here?

We will have to ask ourselves these questions and decide for ourselves how global we are depending on the answers we get.

Comment by Frank Shifreen on November 27, 2010 at 8:36am
Thanks for pointing out this article, I am interested in your thought and take on the world. Interesting stories , the misguided friendship. The man thought he was courting, as is it called in the west, the woman saw only friendship. Such things can happen anywhere. I had a woman friend who treasured her friendship with a cultured man, well known author and psychoanalyst. He declared his passion for her, after a long friendship. He was trying to seduce her with his brilliance and accomplishments. That is the way of the world. The difference in comedies, tragedies and drama is what would happen in a similar instance. A tragedy is where one or both of our couple could not adapt, adjust. The rebuff carries a terrible consequence. In a comedy, the miscommunication can lead to great humor or learning. In a drama there might be a little bit of both.

Comment by Dr. Krishna Kumari Challa on February 7, 2010 at 5:03am
Someone Else's Happiness

Sometimes we feel a need to be proven right as we look at someone else’s life choices; it is not that they are necessarily doing anything wrong or hurtful, but they may be
living in a different way than we have decided they should be living. Or
perhaps our advice turns out to be unappreciated or incorrect, as mine
was, and we come face to face with the fact that someone’s happiness
does not revolve around us and our fabulous prescience and good sense;
instead, it is based on their own good sense, or even on sheer good
luck. Can we let go of our need to try to dominate people’s lives and
our determination of what the correct outcome of their decisions should
be?

Comment by Dr. Krishna Kumari Challa on January 13, 2010 at 7:07am
Thanks once again, Michael, for your kind words.
Krishna

Comment by Michael Forbus on January 13, 2010 at 5:06am
Dr. Krisna, my gratitude for your kindness and sweet words. I thought deeply about your words and your passage and many things made me feel a multitude of emotions, I believe that it is our future to communicate as we do and that is a good thing, but then again, when I use the written word, I am so much more careful and caring about what I say and think. I go over what it is I write and make sure there is no negativity and pain involved. My dear friend sometimes I would rather write words by hand then use the internet. It is much more eloquent and when you commit something to word by hand it must be true and pure. So in my thoughts about your passage, I feel that you are so right about what you say and again, if I could get my words to you this fast, I would write with a delicate hand and be so careful about what I say so that we will always remain friends and family. I feel that now even though I don't write by hand and am not that good at the art of writing by my own hands but I can on the computer. In the final analysis, we have different ways of life and some are not good for some and some are great for others, so in the event that a person is harmed, I say that the Buddhist nature in me says it is not right. I will always think this way. You my dear friend, have always had a nature that is so kind and clear and gracious, than I pray we will be friends forever. Jam Tse, Miguel 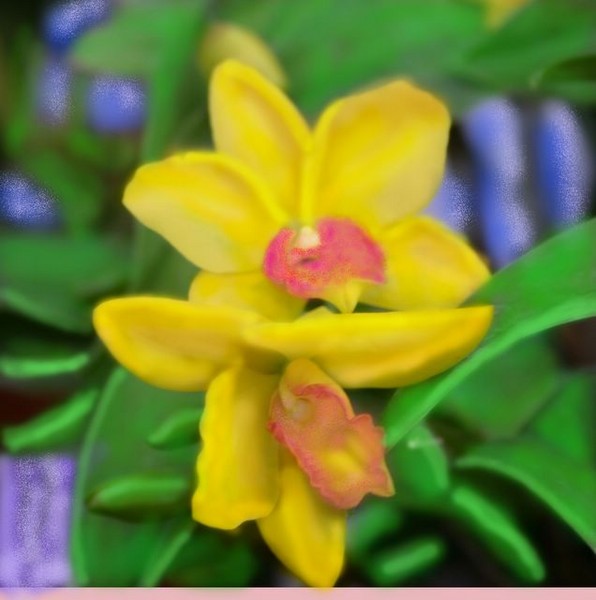