Can courts decide what is science and what is not? If they do, is the verdict binding on scientists? 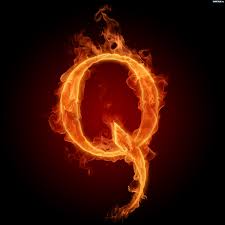 Q: Dr. Krishna, can courts decide what is science and what is not? If they do, is the verdict binding on scientists? 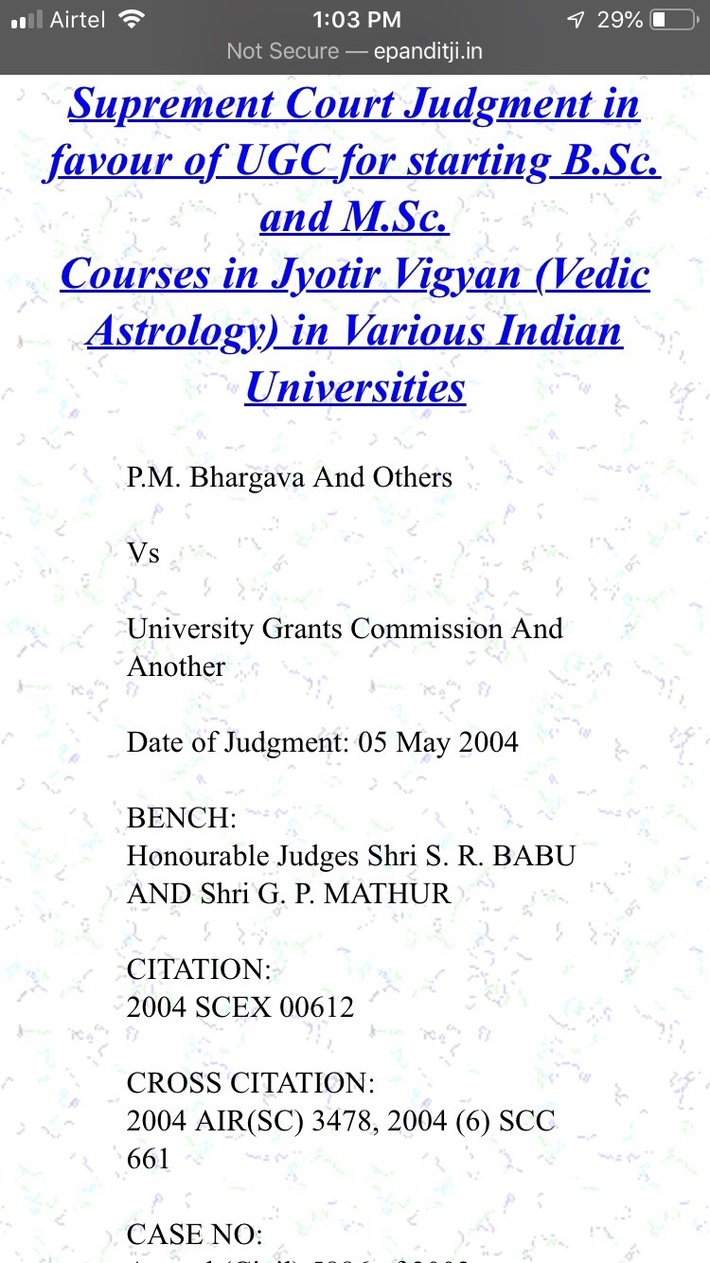 Now do the courts (lawyers+ judges + constitution) really know or can define what is genuine science and what is not?

Science is universal. It is not Indian or American or Earth's or British or Mars' or Jupitor's or Milkyway's! Scientific methodology and methods accepted by all the scientists in the world  define what science is. Each and every true scientist is bound by Scientific methodology and methods agreed upon and decides what science is and what it is not using them.

Courts in India (1) ruled in various cases that Astrology is science because the lawyers and Astrologers argued that as it deals with planets and stars, it is science. I am 'told' that no genuine scientist was invited to define what science is or argue the case. I don't know how it was dealt with in the courts.

Scientists are asking the Q if a person is selling medicines, will be become a doctor? He becomes a pharmacist or a businessman by 'dealing with' medicines but not a doctor. Do nurses become surgeons just because they assist doctors in the operation theaters of hospitals? If Astrology deals with stars and planets, will it become Astronomy? Will Astrologers become science-dealing scientists in Astronomy? What type of logic is this? It is like saying quacks can be treated as medical doctors just because they 'deal' with patients, medicines and 'treatments'.

Does  a subject that just deals with planets and stars become science? Even if it deals with them in the wrong way? Scientists think the courts got confused that Astrology is Astronomy. No true Astronomer  in any country will accept that.  While Astronomy is a genuine science subject, Astrology is pseudo-science! Read here why:  Why Astrology is Pseudo-science

Astrology has been placed in the top three ranks by the scientists around the world in the list of pseudo-science subjects.

So is it binding on the citizens of this country?

The most important question is is it binding on scientists? On scientists based in India? On all scientists in general?

No true scientist who follows strict scientific methods* and depend on methodology* to decide what science is - can accept Astrology as science. Because it is not! Scientists think - according to the constitution of India, when we are entitled for only science education, nobody can force pseudo-science on us with his or her wrong interpretation.

'Universal minded scientists'  anywhere in the world  will not accept the verdict of Indian courts that pseudo-scientific Astrology as science.  Scientists bound by scientific methods  cannot accept this wrong interpretation.

Only scientists are eligible to decide what is science and what is not. If others, with their limited understanding, can't differentiate between genuine science and pseudo-science or Astrology and Astronomy try to define it, it becomes a spirit imprisoned in a bottle and kept in a lab cupboard.

We don't want to open it. Scientists, as law abiding citizens, might not say much about the court's verdict, no matter how much the astrologers taunt them, know in their heart of hearts or realistically speaking, in their minds, how wrong the verdict is and why they cannot accept it. Majority of the Scientists are not happy with the court's verdict.

Some pseudo-scientists who are culturally conditioned to accept it and look for confirmation of their biases might accept it and follow it.

But in their minds and labs, the genuine scientists are not bound by the court's verdict. It is completely against scientific spirit and method. It even violates our right to have genuine science education. We all know that.

True Scientists are universal citizens. They think they don't belong to any specific region or country. They accept universal scientific methods and  methodologies and not local interpretations of science by laymen.

Now can you publish a paper in any genuine and high standard  international science research journal saying that Astrology is science? No, you can't! Because reviewers will throw it into into a thrash can! Because it is an established fact that Astrology is pseudo-science in the world of science. Why, no astrologer has even countered my arguments till now and what I wrote in my article (  Why Astrology is Pseudo-science ) .

Some scientists after reading my article (  Why Astrology is Pseudo-science )   joked that scientists here should file another case and invite me to argue it! Well ... I am game for it!

Some People asked me to clearly define what science and pseudo-science are after reading this answer of mine.

Even a school child should be able to do this if he or she gets the right training. It is unfortunate to notice that even adults are asking me this Q. It is very disturbing to realize when graduates, Post-graduates and PhDs in science too can't differentiate one from the other.

If people search they will find the definitions in books and even on the genuine science sites on the net.

Anyway I am here to educate people. And if people ask me these questions, I will have to give answers.

Science is the intellectual and practical activity encompassing the systematic study of the structure and behaviour of the physical and natural world through observation and experiment.

Originally, the word "science" (from Latin scientia) generically meant "study", "investigation", and the "knowledge" coming from them. Only later it came to denote more specifically the application of the "scientific method".  So modern definition of science takes into account confirmation of science by using scientific methods and methodologies.

Scientific methods people follow and the methodology they use to arrive at a conclusion tell us what genuine science is and what it is not.  Read here what scientific method is ...

To be termed scientific, a method of inquiry is commonly based on empirical or measurable evidence subject to specific principles of reasoning.

Steps of the Scientific Method

I must also add that the above one does not represent full scientific method.  Establishing a scientific fact using scientific methods that include reproduction of results, and using it again and again in our day today work with the best results, become total. However, we should also note that it is the best available knowledge and should be subjected to revision when new data arrives.

Pseudoscience consists of statements, beliefs, or practices that are claimed to be both scientific and factual, but are incompatible with the scientific method. Pseudoscience is often characterized by contradictory, exaggerated or unfalsifiable claims; reliance on confirmation bias rather than rigorous attempts at refutation; lack of openness to evaluation by other experts; and absence of systematic practices when developing theories. The term pseudoscience is considered pejorative because it suggests something is being presented as science inaccurately or even deceptively. Those described as practicing or advocating pseudoscience often dispute the characterization.

* Understanding the difference between methods and methodology is of paramount importance. Method is simply a research tool, a component of research– say for example, a qualitative method such as interviews. Methodology is the justification for using a particular research method.

Research methods comprise of the tools, strategies or techniques that are used in research. These could be questionnaires, surveys, interviews, participant observation or other feedback polls. Different scientific disciplines utilize different kinds of methods. For instance, a social science researcher might gather data by way of an interview, observation, auditory feedback or survey. An ecologist might want to track animals for population studies; a
taxonomist might count fish scales to differentiate among species; a geologist might adopt methods to quantify components within soil particles. Either way,  whatever answers to 'what-did-they-use-in-the-study?', refers to methods. The methods section in a research article typically contains information related to methods of that particular study. This section also helps establish a valid standard for reporting methods and in turn this helps maintain some uniformity in science.

Methodology refers to the study of how research is done. It entails how we find out about procedures, and the manner in which knowledge is gained. Methodology outlines the principles that guide research practices. For instance, a textbook on multivariate statistics is likely to explain the science behind how and why we use the methods enlisted within and also guide the researcher on how to capitalize on said quantitative techniques; where those methods may be applicable and also circumstances where they would not be appropriate. Methodology therefore explains why we use x, y or z methods relevant to particular research. If we zone in on the etymology of the word 'methodology', it refers to 'method' + 'ology' . 'Ology'  typically means a discipline of study or a branch of knowledge. Thus technically speaking, 'methodology' is considered to be (a combination of ology and method) a study of methods.

Research methods are the tools, techniques or processes or approaches that we use in our research. These might be, for example, surveys, interviews, Photovoice, or participant observation. Methods and how they are used are shaped by methodology. It is how you obtain the data - whether quantitative, qualitative, mixed research.

So, if people try to define science now using just old definition of it i.e., "study", "investigation", and the "knowledge" coming from them, modern day scientists don't accept it.

Everything in this universe is scientific, because scientific principles strictly govern everything here. But unfortunately, human mind doesn’t go this route majority of the time and therefore, most peoples’ minds go against this universal science!

Q: Doesn't something accepted because of 'consensus among scientists' become science?

Krishna: The scientific method given in the link you gave (how science works) is old and not complete. Consensus in science comes through establishing a scientific fact using scientific methods that include reproduction of results, and using it again and again in our day today work with the best results.

Can courts decide what is science and what is not? If they do, is t...

Some Qs. people asked me on science and my replies to them - Part 92

P.M. Bhargava and ors. Vs. University Grants Commission and anr.

..... with different bodies and persons.(iii) on january 10, 2001, at its first meeting the expert committee recommended opening of the departments of 'jyotir vigyan' instead of 'vedic astrology' in universities for course studies and research leading to the award of certificate, diploma, degrees - both in undergraduate and post-graduate and ph.d.(iv) after the expert ..... introduction of vedic astrology as a scientific stream of study in universities. an appeal signed by a large number of reputed members of indian scientific community and others against the decision of ..... be acquired through the use of scientific methods and should have attributes like verifiability, fallibility and repeatability. if tested against these accepted and essential attributes of science, vedic astrology will unarguably fail on most, if not all, parameters mentioned above. learned counsel has also submitted that the scientific community all over india has unanimously protested against the ..... at this stage. the writ petition was accordingly dismissed summarily as not maintainable.5. shri shanti bhushan, learned senior counsel for the appellants has submitted that vedic astrology is not a science and cannot be introduced in university curriculum as a scientific subject. science is attributed with provable knowledge than with beliefs or opinions and it .....