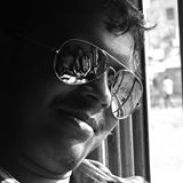 Jagan Pole has not received any gifts yet

Are you genuinely interested in joining this network and consider being very active? We have very limited space here.
Yes

In what way you are associated with art/science/literature?
i completed BFA (Bachlar of fine art) i am interested art lab

Why do you want to join Sci-Art lab?
i will learn new

MYSTERIES OF LIFE AND DEATH

Impressive talk about the mysteries of life and death. This is the clear purpose of his poetry, to
a full differentiation between the Law of the Eternal Recurrence of all things, the Law of Transmigration of
Souls, The Law of Reincarnation, etc. ..
Unquestionably, if we want to know something about the fate that awaits us, about what life is, is
essential to know what we are, this is urgent ...
The physical body is not all. A body is formed by bodies, each body is comprised of cells, each cell
molecules and atoms of each molecule. If any atom fracionamos, release energy. Atoms
are composed of ions, which revolve around the electron, proton, neutron, etc. ....
All this know nuclear physics. .. The very thought is human energy. Out certain of the cerebral cortex
waves can be recorded wisely. We know that scientists measure brain waves
with very precise instruments, recording them in microvolts. So, ultimately, our bodies
is summarized in various types and subtypes of energy. The so-called "matter" is nothing more than energy
condensed. So Einstein said E = mc2 (energy equals mass times the speed of light
squared). Einstein also said emphatically that the mass turns into energy and energy
is transformed by weight. I refer to the strongly
Lingam Sharira of the Theosophists, condensation-term bio-electromagnetics.
The Ego is a sum of many inhuman elements that we carry in our
interior.
Our defects are such that, even though we had a thousand tongues to speak and a palate of steel, would not end up to list them.
There are those who divide the self into two:
"Higher Self" and "lower self", and want the "higher self" control "the lower self." They do not want these
people to realize that the top section and bottom section of the same thing is the thing itself.
The I's time, is a book of many volumes. I are in all our aberrations, all of our
defects, what makes us true intellectual animals, in the fullest sense of the word. Death is a subtraction of fractions.
After the mathematical operation, which still are the values. These values are positive and negative, good and bad. The
Eternity brings them, devour them. In the astral light, these values attract and repel each other according to the laws of
pickup universality "A man is what is your life .." Life is
as a film, when finished, took him for eternity. In eternity we relive our own life that has just passed.
In courts of justice aims to reign only the law and mercy, because it is obvious that the side of justice, is always
the misericórdia.Portanto SECRET OF LIFE IS A DEATH ...
Big hug, greetings from Brazil .....