Am I the opinion of those who wrote that

every artist or lover of fine art feel maximum aesthetic pleasure, in generally,

from his own compositions the intellectual level of each ever made.

As I wrote during the creation of art lovers living moments of spiritual purity.

There are times when abandoned theories of art, when not taken into account

about mannerism and eclecticism and each creates fascinated by its artistic potential.

Certainly there and desire to communicate emotional states that they have lived it.

Success communication action is dependent on many factors.

I am sitting in class art lovers experiencing in the improve visual communication,

applying my knowledge in the field of optics.

I think the compositions for both eyes (Dioptical-bioptical art)

can lead to substantial improvements in visual communication

Such compositions are part of the class which produces

which of course are not exhaustive

I hope that people trained and talented to develop this area.

application in art criticism of the modality "variations on a theme"

About interpretations or exegeses by means of bioptics

We know about "variations on a theme" in music. Variations are introduced in a certain theme in point of melody (to a certain extent), rhythm, relative values of the notes, harmony. Some composers are known to revive the works of other musicians, as a homage. It is also known that composers use to introduce cadences of their own in the concertos created by others.

So besides art criticism expressed by words, it intoduce and interpretations

developed in terms of diversified and controversial art critics.

So without the unanimous recognition of their value.

Many of the currents and artistic movements considered, individually,

to their artistic expression as it is effective   in visual communication,

being exlusive regarding associative tendencies.

It cites the case of Piet Mondrian who broke friendship with T. v. Doesburg,

when the latter gave up its use in compositions

only   right angle  way on which they agreed. 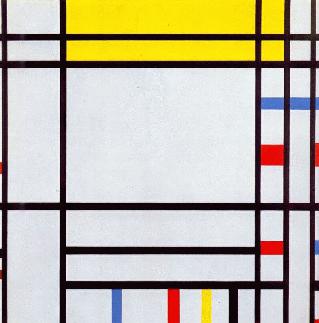 Bioptical experiments and some anthropological reflections

I wrote in Romanian since neologisms, roots

the words that come even without understanding the text, to the reader

causes according to his native language, sensations hermetic, more and less, similar

to those texts Dada.

Again though the first phrase in English:

In this rich and seductive area of uncertainty, which can settle

useful fixations where reigns the fantasy democracy and not dictatorship postulates,

While the rigor of science requires unanimous recognition.

as opposed to the Formalism (see definitions in Wkipedia)

Thus are my closest criteria presented, the Conceptual art movement

which in essence can be expressed in a few sentences that we extracted from Wikipedia:

This method was fundamental to American artist Sol LeWitt's definition of

Conceptual art, one of the first to appear in print:

In conceptual art the idea or concept is the most important aspect of the work. When an artist uses a conceptual form of art, it means that all of the planning and decisions are made beforehand and the execution is a perfunctory affair. The idea becomes a machine that makes the art.[2]

stimuli to emphasize the dominant sensation from perception

for the dominant sensation. 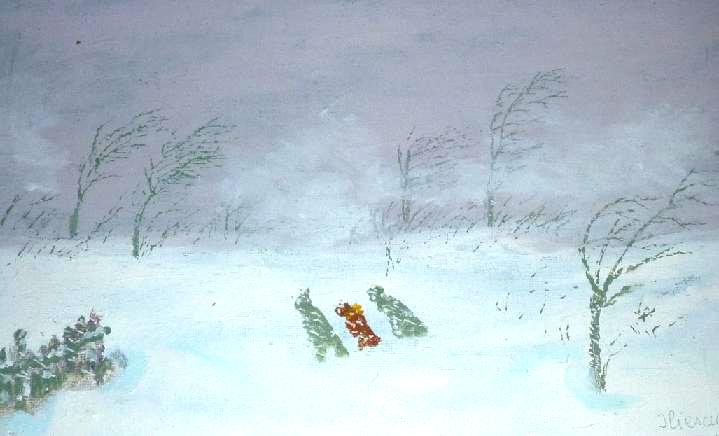 sensation in communication, using images of the storm unleashed.

So I used the elements of composition young trees, that it folds model wind,

vector snowflakes that aggressive, people who represent me in this fight.

I still consider so important that in addition to idea (the plan, the intention) is the result

of action, namely the composition of that subject to criticism.

NN composition is not fully respecting the criteria of conceptual art. According

haunted by blizzard (see   Joseph Kosuth, One and Three Chair ).

I have not found this place to agree to my target.

I preferred him, imagine